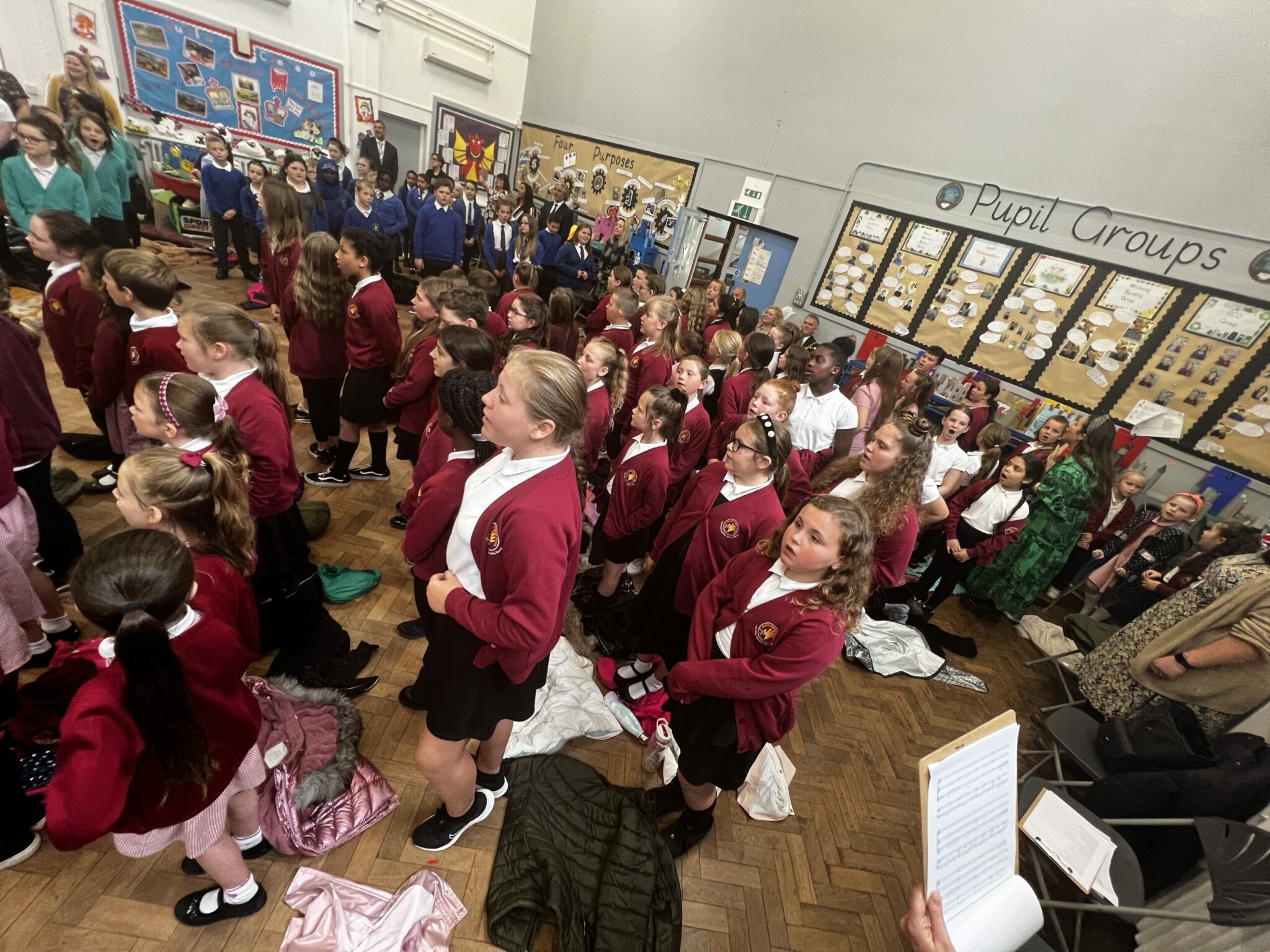 This morning, our junior choir was invited over to Malpas Court Primary School to perform as part of the Gwent music Platinum Jubilee street party! Unfortunately, the weather didn’t allow the party to take place outside but we relocated to the school hall and were ready to sing! We were invited as one of five Newport schools who are celebrating 70 years this year – along with the Queen celebrating her Platinum Jubilee. Children from Alway, Malpas, Maesglas and Gaer were all there. We were also joined by the Mayor and Mayoress, and Cllr. Jane Mudd and Cllr. David Mayer.

The event stared off with a welcome from Mrs Guy, the headteacher at Malpas Court, and then the Gwent Music Pop band performed some well known hits! Children loved singing along and it was a great atmosphere.

Then it was time for the children to perform. Each of the five schools had worked with Gwent music’s Ragsy last term to write a song based on the Queen’s Green Canopy project. The songs from all five schools were absolutely brilliant. Ours was written to the tune of Jessie J’s hit ‘Price Tag’. You can see us perform in the video above. We’re so grateful to Ragsy, Aly and the rest of the team from Gwent music, and also to Malpas Court for hosting us this morning.