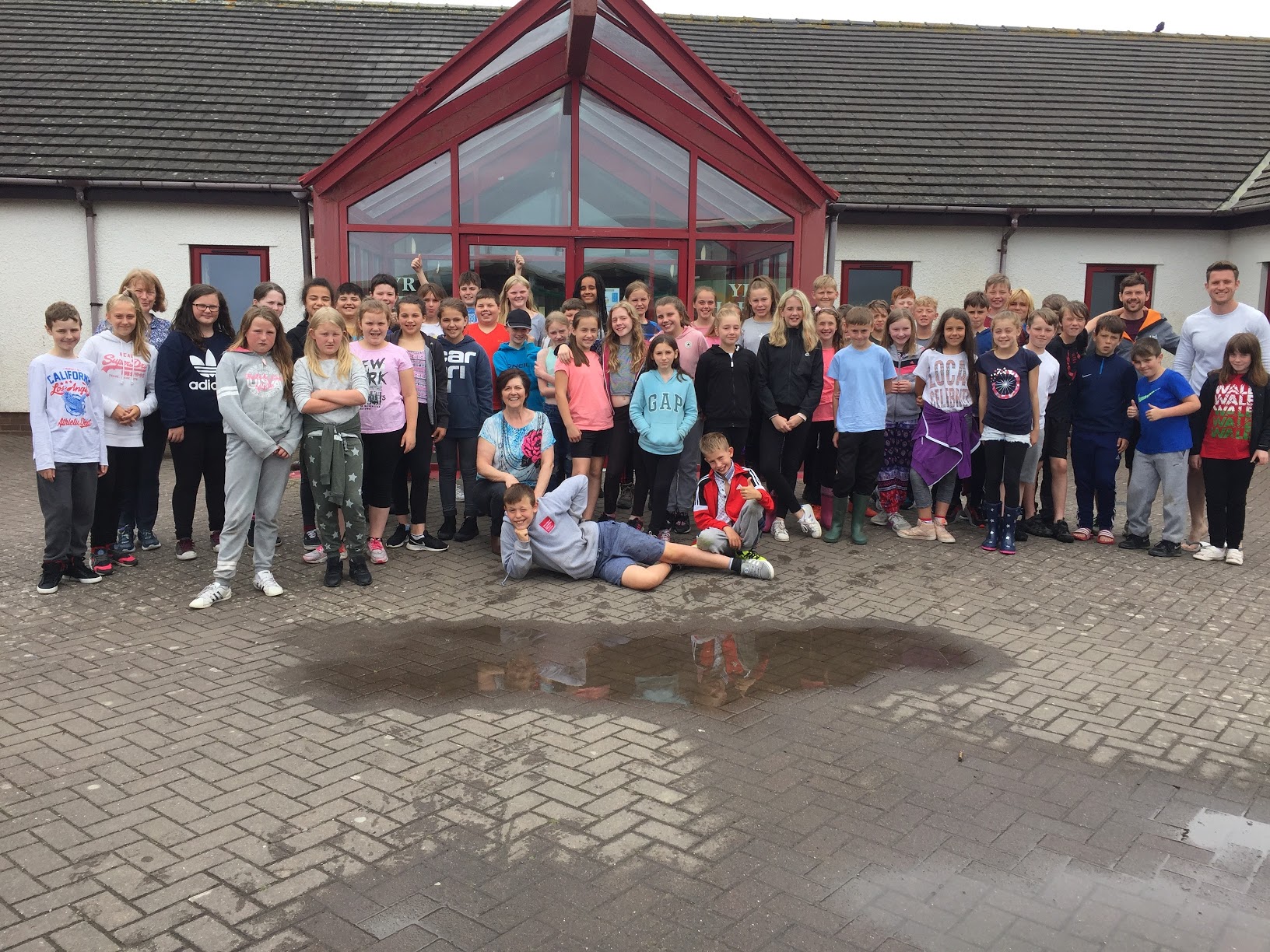 This weekend the Year 6 pupils have been to Llangrannog Urdd Centre for their end-of-year residential trip. They set off early Friday morning and arrived by lunch time. They had a few minutes to unpack and settle into their dorm rooms and then it was straight into the first activity. The children were split into two groups; one group started with rock-climbing and the other started on the high ropes course. Some children were natural climbers, others felt a bit uneasy being so far off the ground but it was great to see all children challenging themselves and persevering!

Throughout the course of the weekend, children got to have a go at a range of activities including: Climbing, High-Ropes Course, Low Ropes Course, Muddy Assault Course, Swimming, Quad-biking, Go-karting, Trampolining, Horse Riding, Bush Craft, Archery, Skiing and Tobogganing. The pupils absolutely loved taking part in the activities and had huge smiles on their faces throughout the weekend… except during the horse-riding where many of the children went strangely quiet being stood next to/sat on rather large hairy animals, who kept stopping suddenly to go to the toilet…

Bed time was interesting… one room of girls screeched loudly at around midnight… only for Mrs Hollings to discover the reason for the panic was a sneaky spider who had found his way into their room. One room of boys were still up at around 3am…Mr Mansfield and Mr Jones soon put an end to that!

On the Saturday, Mrs Orford, Mrs Thomas and Mr Wright drove to join us. They immediately got involved and enjoyed the challenge of trying to climb up an eight-foot wall with only each other for help. Although the failed miserably, the children were quick to give them the final shove that they needed to get over the top.

It was an absolutely fantastic weekend and it was so nice to spend the time with our precious year 6 children, watching them play and enjoy each others’ company in the lead up to their final week at St. Julian’s Primary. We will miss them hugely.

An enormous thank you to Mrs Hollings, Mr Jones and Mrs Evans for giving up their entire weekend to stay with the pupils. We’re particularly grateful to Mrs Hollings who organises this trip every year and puts a lot of time into making sure all the necessary plans are in place.

My words to describe the weekend only capture a glimpse of the fun and excitement, so I suggest you just sit back for half an hour and watch the video… A link to the photo album has been shared with parents. If you haven’t received this, get in touch with as and we’ll send it over via text message.