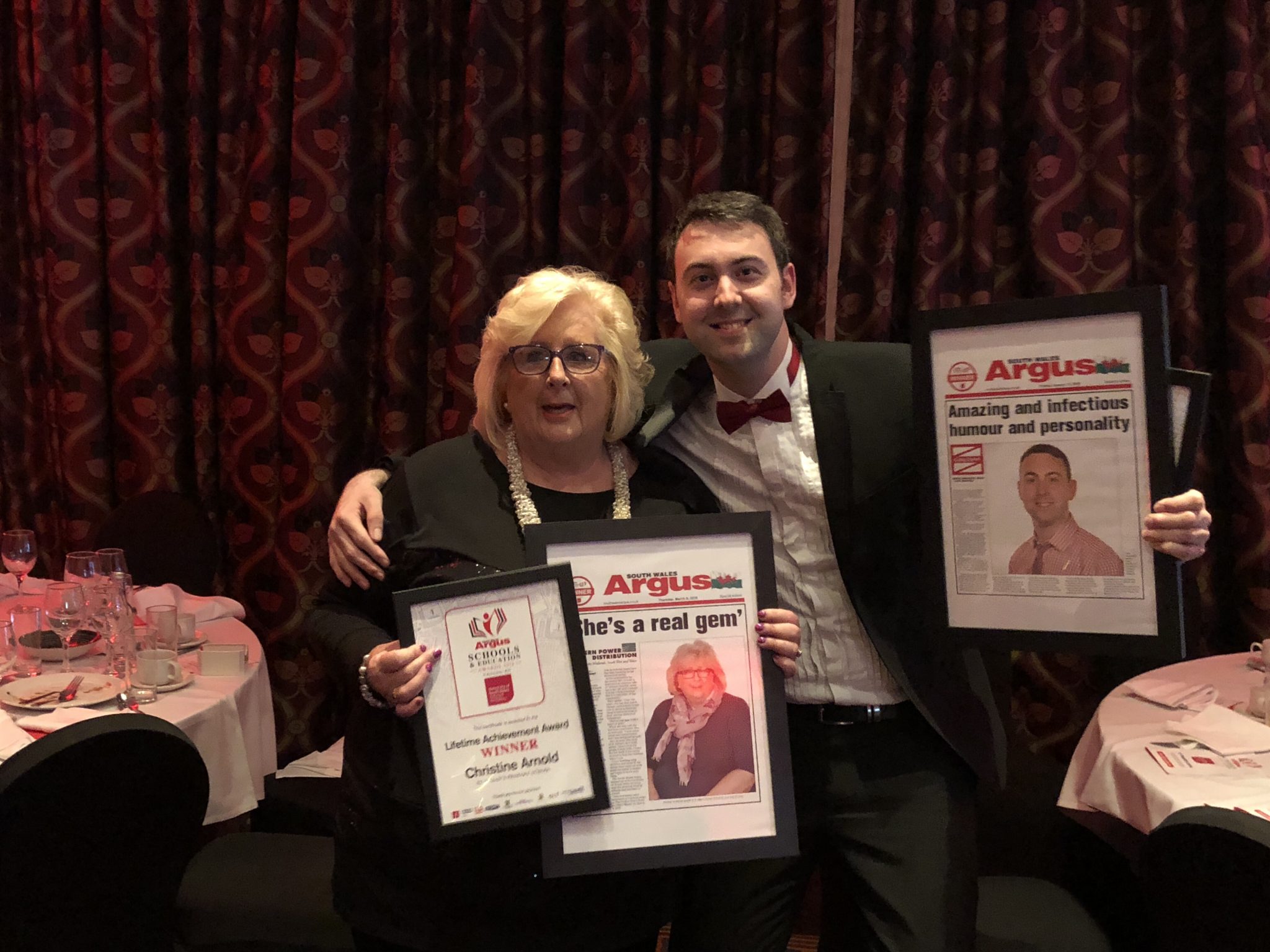 This evening, the South Wales Argus hosted the Gwent Education Awards ceremony at the Coldra Court Hotel in Newport. Some weeks ago, Mrs Arnold received a call from the South Wales Argus informing her that she’d been nominated for the ‘Lifetime Achievement Award, having worked at the school for so many years. Mr Mansfield also received a call to say that the school had been nominated to received an award for ‘Digital Innovation in Education’.

Mrs Arnold and Mr Mansfield attended the awards this evening and I’m delighted to say that Mrs Arnold won the ‘Lifetime Achievement Award’ and we also won the ‘Digital Innovation in Education’ award! It was a great evening and we enjoyed a three-course meal prior to the awards being presented. The Cabinet Secretary for Education, Kirsty Williams, was in attendance at the event and Roy Noble, the BBC Wales Radio presenter was also there.

A huge thank you to the parents who nominated us for these awards and for the incredibly kind things they wrote in their nomination forms.

Last week, one parent tweeted us with the catchphrase #TeamWorkMakesTheDreamWork and both of these awards are testament to the great team we have at St. Julian’s Primary.

Thank you for your continued support!

You can view more photos from the night and see the other winners here.