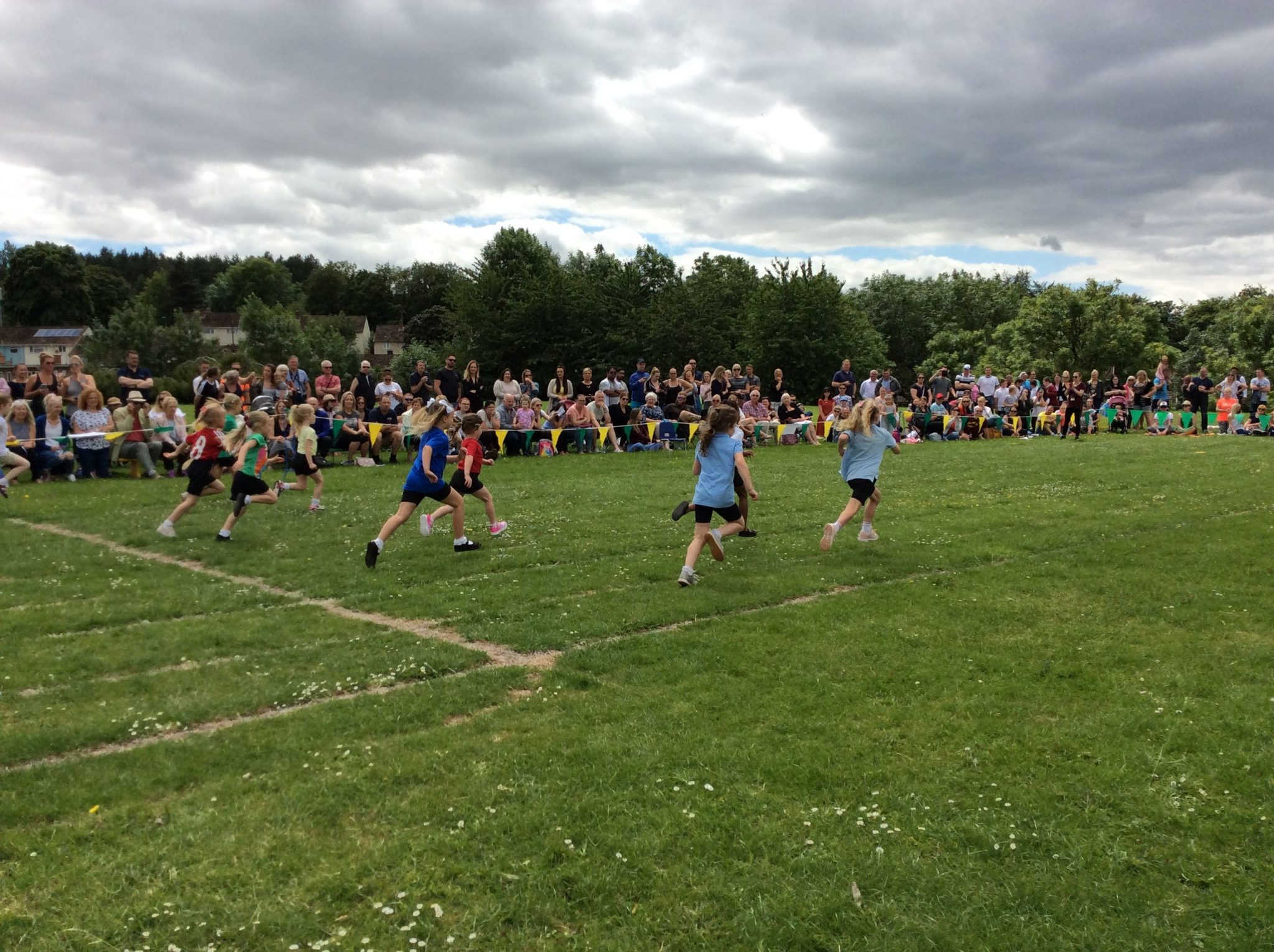 Year 1 and 2 took part in their annual Sports Day today. After it rained on 7th June, we were grateful that this afternoon was sunny. The children have been practising hard at their various events over the last few weeks, so they were excited to have the opportunity to participate in front of family and friends. Throughout the afternoon, the children gained points for their Houses (Glyndwr—Blue, Hywel Dda—Green, Caradog—Red, Llywelyn—Yellow). The children looked fantastic in their house colours as they emerged from their classrooms and onto the field. The events began with all children participating in a ‘sprint’ race. They all participated fantastically!

Following the sprint races, each child then had the opportunity to participate in another individual event. They all either took part in the skipping race, beanbag race or hurdles. There were some fantastic races throughout the afternoon, with many children impressing with both their performance and perseverance, something we try hard to encourage the children to develop.

Following the individual races, each class took part in a team relay. The classes lined up in their houses and, using a quoit as a ‘baton’, ran as quickly as they could. The Year 1 and 2 children did a fantastic job, showing some great team work as they tried to win the race for their house.

These final races brought the events to a close. Mr Rees offered parents an opportunity to compete in a race. We were hugely impressed by the number of volunteers for this year’s race; we had to hold four races.

Then, Mr Rees was ready to announce this year’s winners. Having performed fantastically throughout, Caradog House were the winners. Their red ribbons were tied to the trophy and Counsellor Spencer and Mrs Kenney (parent governor) presented it to some representatives from Caradog. They then paraded it around the field. It was clear from the children’s faces that they all had a fantastic time. We would like to thank everyone who attended for making it such a successful afternoon!