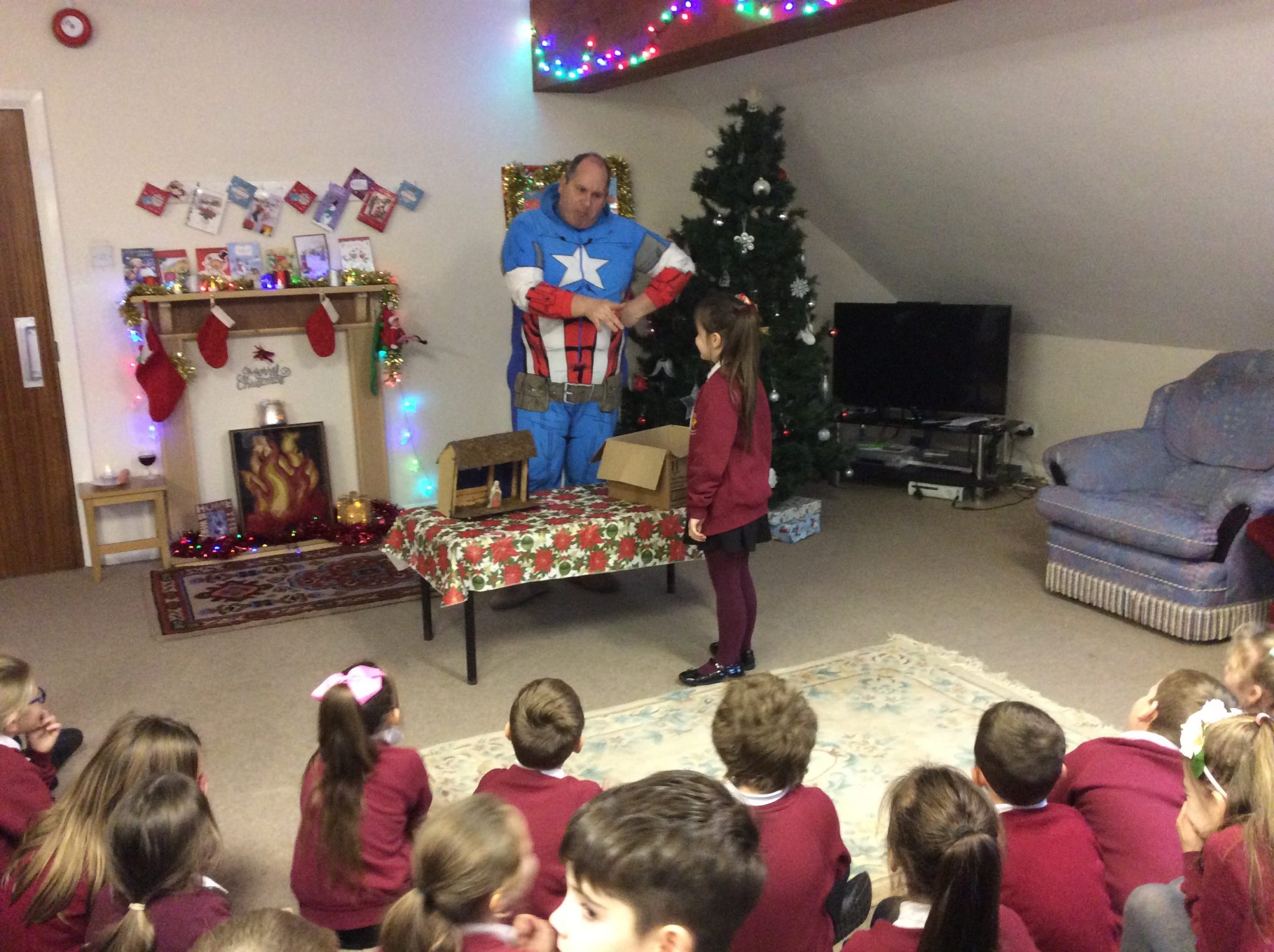 Year 2 – Christmas Through the Keyhole

Year 2 visited Moriah Church to experience Christmas through the keyhole. When we arrived we went upstairs to a house. A man called Mr Griffiths was there. He was asleep but we woke him up. He had been getting ready for Christmas with his family. He found a stable in a box and asked us to help him put all of the figures in the stable. He asked us why each figure that was placed in the stable was important. We were able to tell him lots about the Christmas story. Then we went on a journey to find out more about Christmas. We had to look through the keyhole of each door and guess who lived there. We visited Mary’s house, Joseph’s workshop, the shepherd’s field and where the kings lived. We collected clues along the way too. None of them were home! So we kept on looking. We saw a sign that would lead us to Bethlehem so we followed it. A man stopped us and had to count us as we passed. When we arrived at Bethlehem there were donkeys. We realised that this was the donkey Mary must have travelled on. So we knew we were on the right track. We were able to smooth the donkeys. We found an inn and the lady told us that a couple had arrived at the inn but there was no room so they went in to her stable. She showed us where it was. When we got to the stable we found Mary, Joseph, a king, a shepherd and baby Jesus. We were so excited! After our long journey we made keyhole biscuits to take home with our envelope full of clues from the journey.