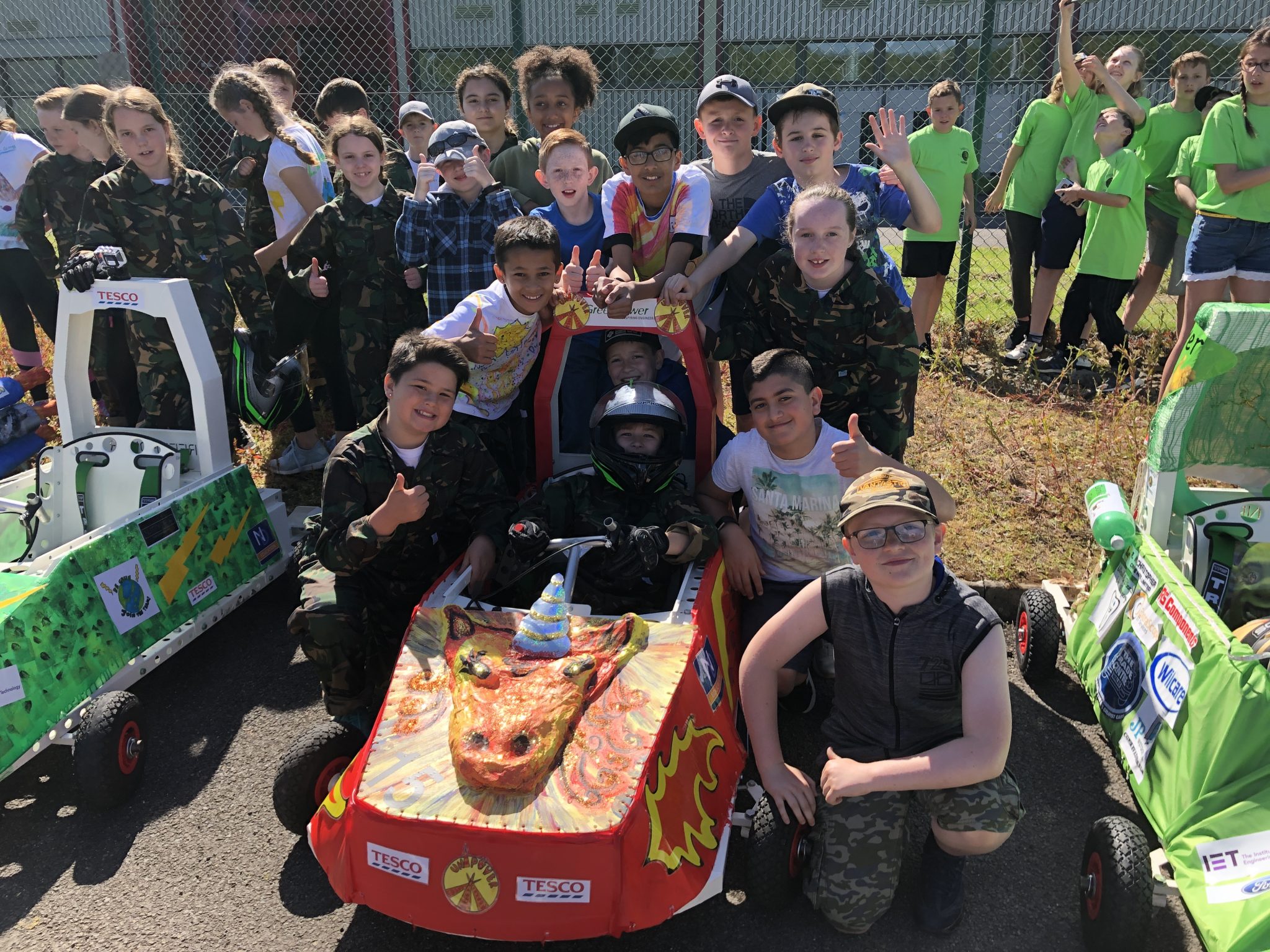 Over the past two terms, pupils in year 6 have been working with engineers from the Intellectual Property Office in Newport to build three Green-power Goblin electric kit cars. They have been learning about sustainable energy and as part of their theme, formed race teams, built the cars and wired the electronics as well as designing and making the bodywork. Each year 6 class had their own car to design and build ready to compete against each other at Renishaw, Miskin in the regional race day.

We set off from school at 8am and arrived at 8:45am. Tesco very kindly loaned us a lorry and Ian the driver to transport our karts to Miskin. As we arrived, the cars were unloaded and checked by the safety officials. There were some last-minute repairs to be carried out before we could line them up ready for the judges to view them. A few tyre changes later and after much WD40 oil being sprayed over the bearings, we took the cars over to the parade line up.

The judges came around and questioned the children about their designs and bodywork.

The children were allowed to give their cars a sharp push off the starting line and then they had to carefully manoeuvre around the cones to the finish. There were three race categories. The drag race, the slalom and the circuit. All our children loved driving and pushing the karts!

Sadly, we didn’t win any of the main awards this year, but everyone enjoyed themselves. Mr Rees and Mr Mansfield even treated everyone to an ice-cream after lunch! Next year, we have a cunning plan to increase the speed of our cars! Watch this space…

A gigantic thank you to Tesco, the Intellectual Property Office, Nutty Pear Film Company and New Directions, for supporting us with the project!

Thanks to all the children for being great company, thanks to the parents who also came to support and a HUGE thank you to the teachers who were willing to give up their Saturday (they don’t even get paid overtime!) to take part in the tournament with their children.

You can view the video and photographs below.