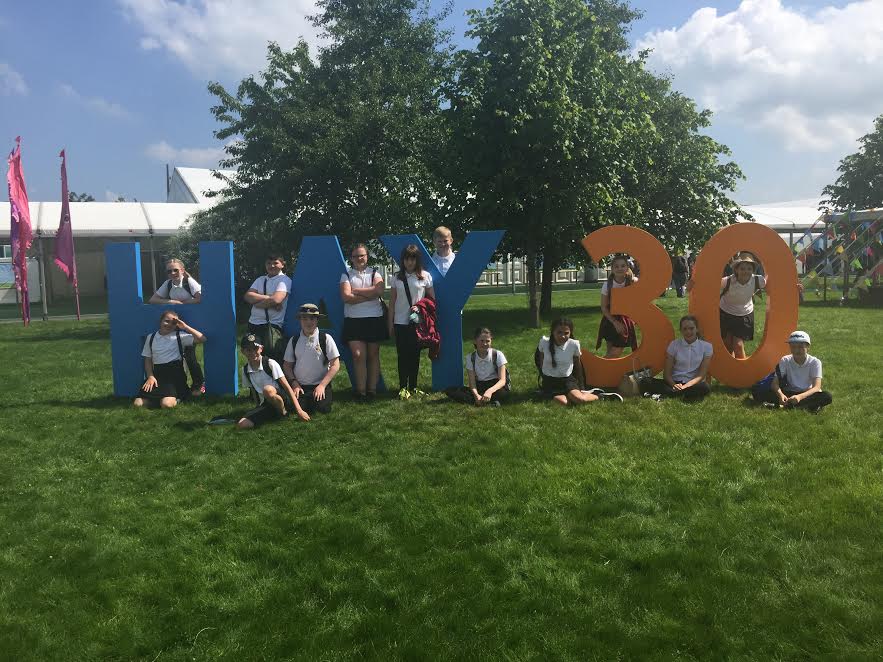 At 10:00am we followed the signs to the tent where our first presenter was speaking, Steve Mould. There were hundreds of children sat in a large tent but luckily we found seats. Steve spoke about different scientific experiments. Adam clapped after each experiment which then started the rest of the audience off! We loved the optical illusion experiment where we had to stare at a black and white image and a black dot, which then changed colour… you would’ve needed to have seen it to understand!

As we left the tent the sun was shining and we decided that it was a good time to stop for an ice cream. We found the next venue and waited for the next guest speaker Nicola Davies. We sat through a very warm  presentation about how Nicola had researched her book about bears. She explained how she writes several versions, with lots of editing, before the final book is published. Evan was handed the microphone and he had the opportunity to ask a question.  Livvy said that she felt inspired by Nicola as she would like to be an author when she grows up.

We were lucky to find tables and chairs, in the shade, at lunchtime and after a quick toilet run we queued for the last speaker. The children were very excited to see Guy Bass. Some of them have been reading his book with Mrs Watkins and were eager to ask him a question. We were fortunate enough to sit in the front row!  Guy made us laugh for about 40 minutes!  He read some pages from his published books and talked about how he finds the ideas for his stories. All of the children were eager to ask him a question and Joshua was lucky enough to ask the final question of the day.

Thank you to Mrs Thomas for driving and Mrs Hollings for booking the event.  We have had a great day and have lots of ideas for stories to write in the future.