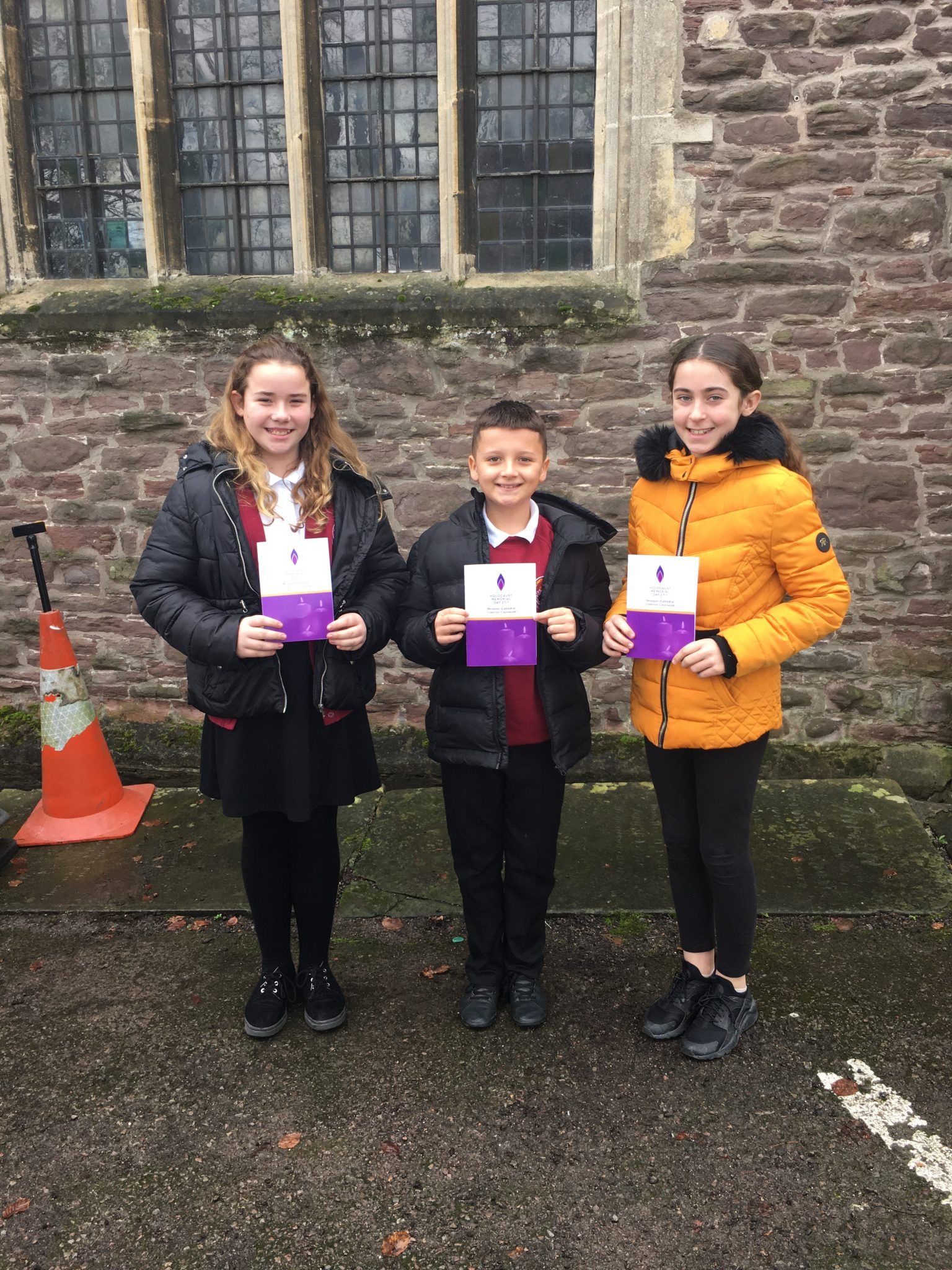 Stand Together was the theme for Holocaust Memorial Day 2020. Dean Lister Tonge welcomed everyone and reminded us how important it was for people to stand together against division and hatred in our society.

Mrs Hollings, Mrs Prewett and representatives of the St. Julian’s Primary Pupil Participation Groups attended the service at Newport Cathedral. There were many children from Newport schools there, as well as dignitaries such as The Deputy Mayor of Newport, Councillor Charles Ferris and our own Chair of Governors, Councillor Deborah Davies.

This year marks the 75th anniversary of the liberation of Auschwitz, which is made particularly poignant by the dwindling number of survivors who are able to share their testimony. It also marks the 25th anniversary of the Genocide in Bosnia. We sang hymns, listened to readings of poems and said prayers for all the people who have suffered in holocausts around the world.