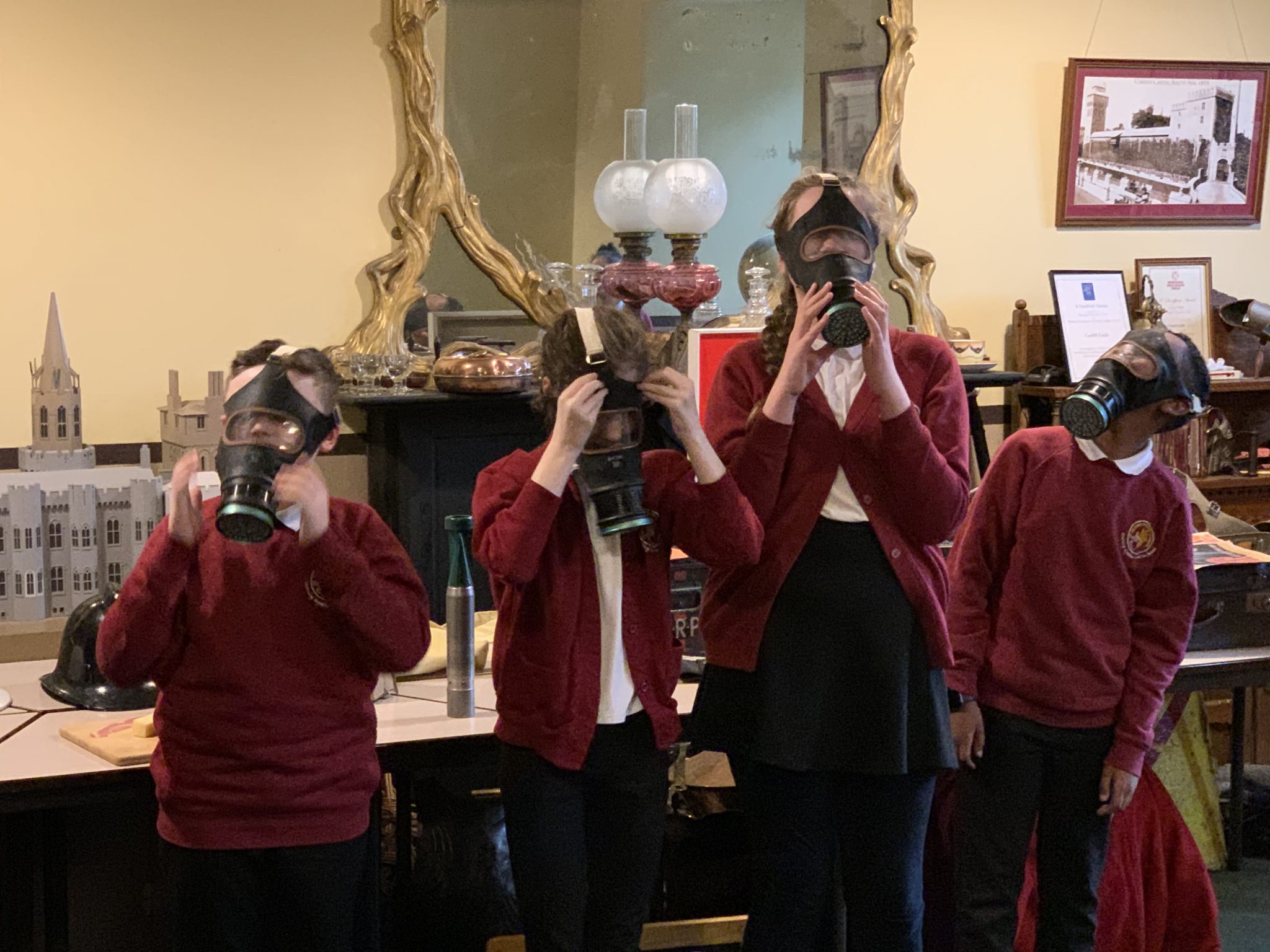 A fun packed, busy day at Cardiff Castle as Year 6 deepened their knowledge of World War II; discovering how life would have been on the Home Front.

The children were greeted by an ARP Warden (Air Raid Precaution Warden) and were marched promptly to their first workshop. Here they learnt about his role during the war and what it would have been like during the many air raids people in Wales and all over Britain encountered. Around 1800 people took shelter in the tunnels of Cardiff during this very frightening time.

Throughout the day we reflected on the impact that the bombings had on the people and communities of Wales and how it affected their daily lives. Sadly over 60,000 people in Britain lost their lives and one million were made homeless. We learnt of the incredibly important role of women during the war and how that changed attitudes and shaped the future. Without the ‘Land Girls’ the nation wouldn’t have been fed.

We ventured into the cold, dark tunnels within the castle walls, which were used as air raid shelters by the people of Cardiff. Within the walls, the children were shown ‘Warden’ posts, a cafeteria and examples of ‘Propaganda’ posters. The children were fascinated to learn about the conditions during the war and experienced how the people of Cardiff would have felt during an air-raid.

Later, we sang a variety of war times songs and considered how they would lift people’s spirits during those difficult times. We sang Vera Lynn’s ‘We’ll meet again’ and ‘Hey Little Hen’. We can’t wait to reflect on what we have learnt on our visit and continue to investigate lifestyles during World War II.