An air raid was an attack by enemy planes dropping bombs. Warning of enemy planes was given by sirens. When people heard the sirens’ wailing sound, they immediately stopped what they were doing and looked for cover.

During the Air Raids

Big bombs exploded with a loud bang and blew buildings apart. Small bombs called ‘incendiaries’ started fires. Firefighters worked bravely to put out the flames. Rescue teams pulled people from fallen buildings. Ambulances took the injured to hospital. When the planes had gone, the sirens sounded the ‘All Clear’.

At 4:56pm on 7 September 1940, the air raid sirens wailed as the German Air Force (the Luftwaffe), launched a massive raid on London.

Over 350 German aircraft dropped 625 tons of high explosive bombs and thousands of incendiaries. The attack lasted into the early hours of 8 September. 436 civilians were killed; 1,600 were seriously injured. Nine miles of London’s docklands, oil and gasworks, wharves and warehouses were set ablaze.

London was bombed by the Luftwaffe (German Airforce) every day for the next 57 days, only stopping for one out of the 57.

Hitler believed that by targeting civilians, he could force the British to surrender and on 7th September 1940 began his daily bombing campaign. London was the main target but other major cities were also bombed.

The first air raid attacks of the Blitz were in the daylight, but they soon moved to the night. Some believe this was because Hitler wanted to cause more fear to make people exhausted by stopping them from sleeping. Bombing at night also made it more difficult for the Royal Air Force to shoot down the German bomber planes.

Dropping bombs at night wasn’t as accurate as dropping them in the day. The German pilots had to rely on the street lights below to show them where the cities were, rather than using their maps.

People in the countrysides used to put lights in large open fields to try to trick the bomber pilots into thinking they were flying over houses, so they’d drop their bombs in fields.

The Blitz ended in mid-May 1941, when much of the German air force was sent east to prepare for the invasion of Russia.

Throughout the Blitz, different types of bombs were dropped by enemy planes.

One in every ten bombs that fell was a ‘dud’ which meant that it did not explode on impact. But some bombs had a delayed action fuse, which meant they could go off at any time. This meant that it was almost impossible to tell which bombs were which. People had to be evacuated until the bombs had been made safe.

From 1944, two new types of weapons were used, which had a rocket type of propulsion to launch a war head. They were known as flying bombs. 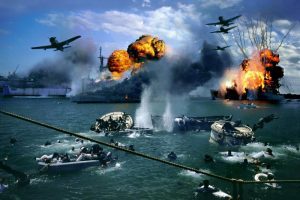 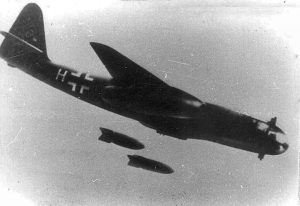 Air Raids / The Blitz
Translate »
This website uses cookies to improve your experience. If you continue to use this site, you agree with it.