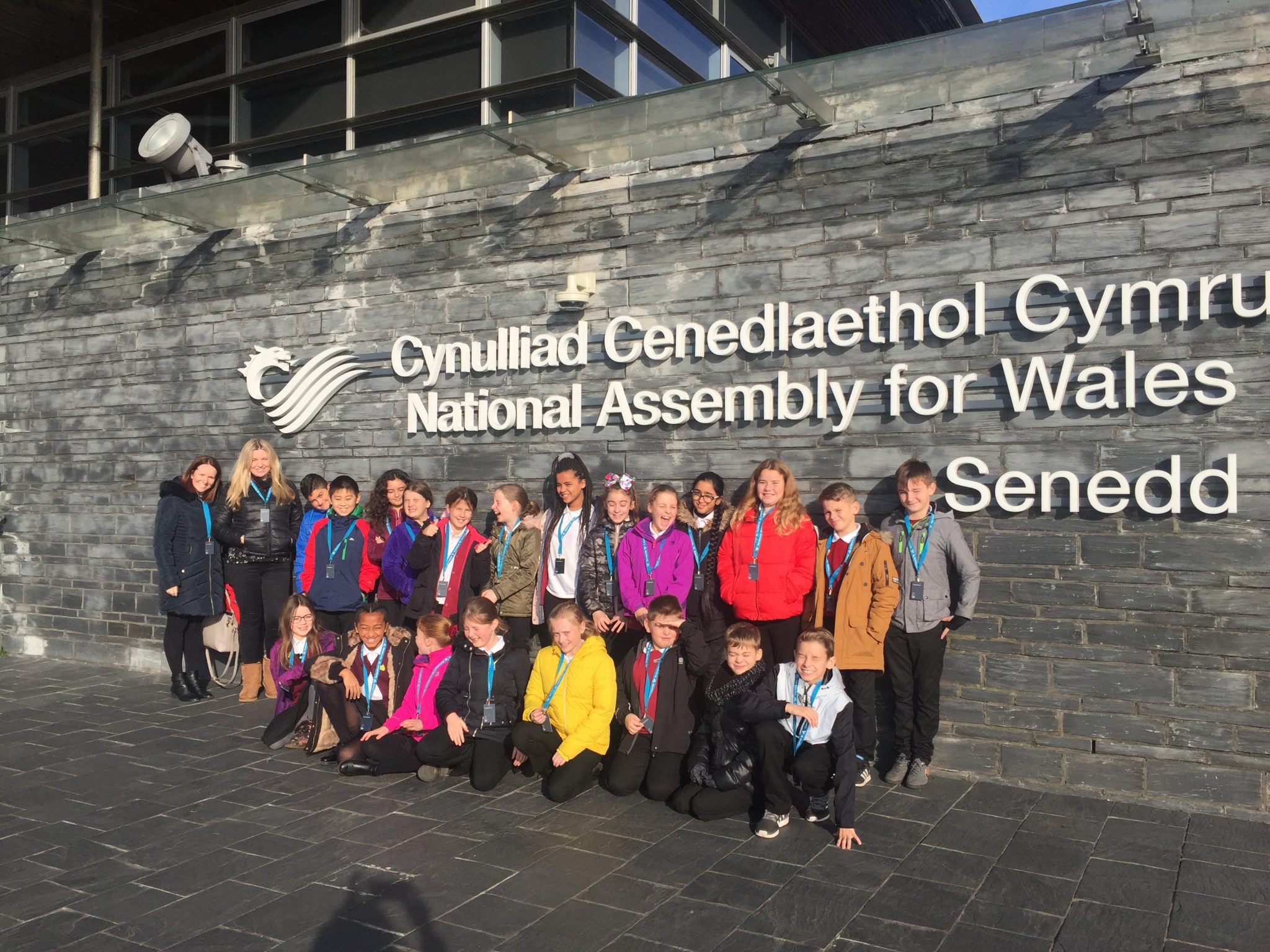 Visit to the National Assembly for Wales

Today, the Year 5 and 6 pupils from School Council, Voice club and the Eco Council Chair and Vice-Chair all visited the National Assembly for Wales. We have had a very busy day and I think a few pupils may want to become Assembly Members when they grow up!

As soon as we arrived, we had to have our bags scanned and walk through the scanner. The security was very tight and we were given lanyards and passes to wear throughout the duration of our visit. We sat in a large room and learnt about the 60 Assembly Members and their roles and responsibilities. Then, we looked at an illustration of Wales which showed the 21 areas which the Assembly can make laws under. We had to identify and discuss several of the areas e.g. Education, Healthcare, Tourism and Agriculture. By the end of the session we had learnt so much that we were excited to be told we were going to take part in a quiz. We were very competitive and nearly all of us had every question correct.

Next, we had an opportunity to develop our debating skills by taking part in a debate in a fully equipped chamber. We were asked if we think smoking should be banned in parks, outside schools and outside hospitals. Mrs Orford and Miss Vers were extremely proud of the mature responses the children came up with. This activity involved lots of listening and thinking skills and the groups came up with the unanimous decision that they believe smoking should be banned in all public places.

Finally, we were fortunate to spend 15 minutes in the Senedd and sit in the public gallery, observing the main debating chamber. Here, the First Minister was being asked questions by Assembly Members. We were told we had to remain silent and all thoroughly enjoyed this part of the trip.