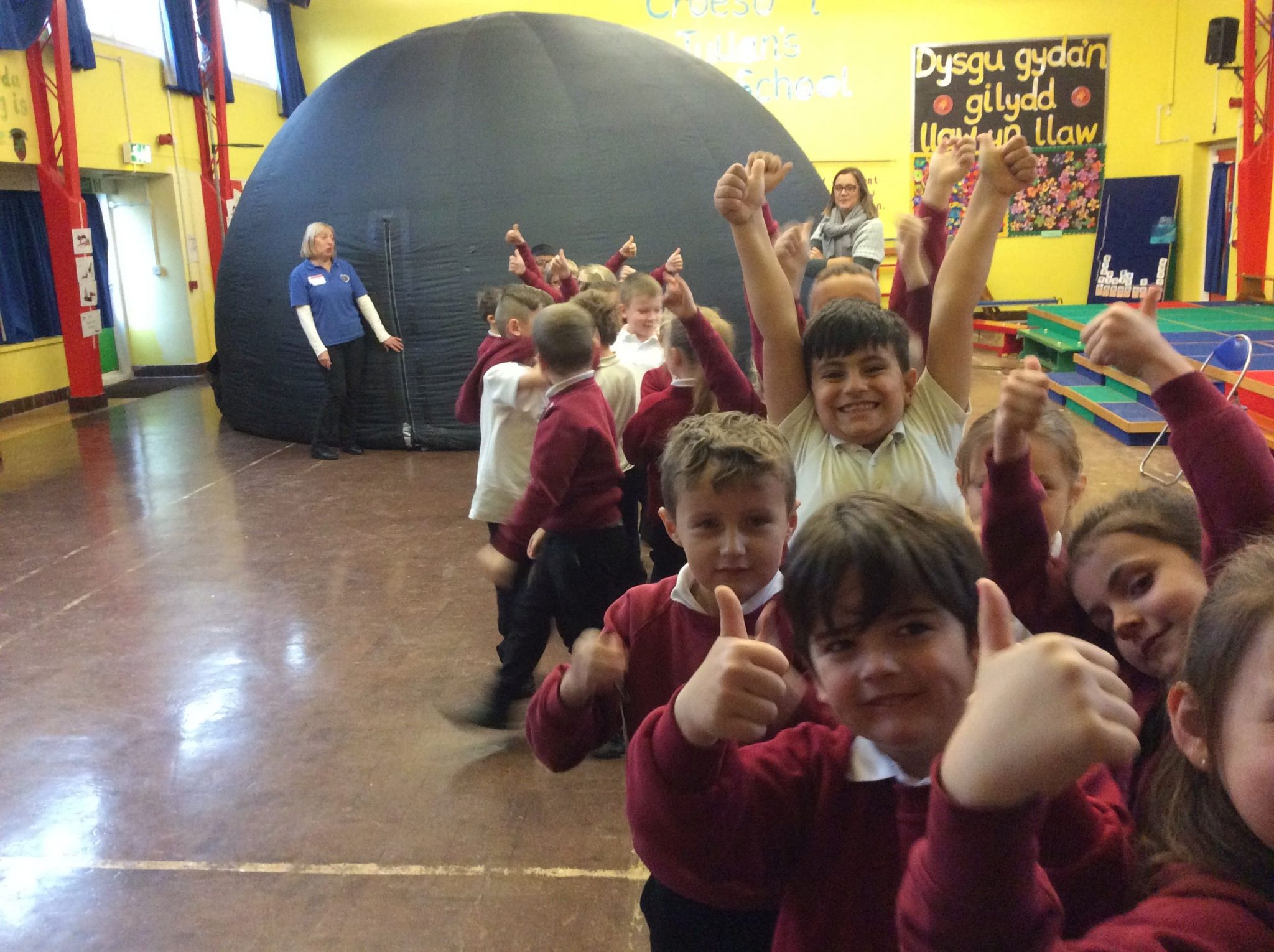 What a treat it was to have Usk Astronomical Society come into school to visit us with their amazing planetarium. The children were so excited when we walked into the hall and were confronted by the huge, inflated dome!  They were able to share lots of their space knowledge including the names of planets.  They were even able to name some of the most well-known moons. The space fact of the day was… asteroids are not spherical like planets as they do not have sufficient ‘matter’ within them to expand into a ball shape – wow! We were left totally mesmerised by the star show at the end in which we spotted Orion and the North Star. We promised David we would look up into the sky more often to spot some constellations of our own. Diolch yn fawr David and Linda, we had an astronomically awesome time!