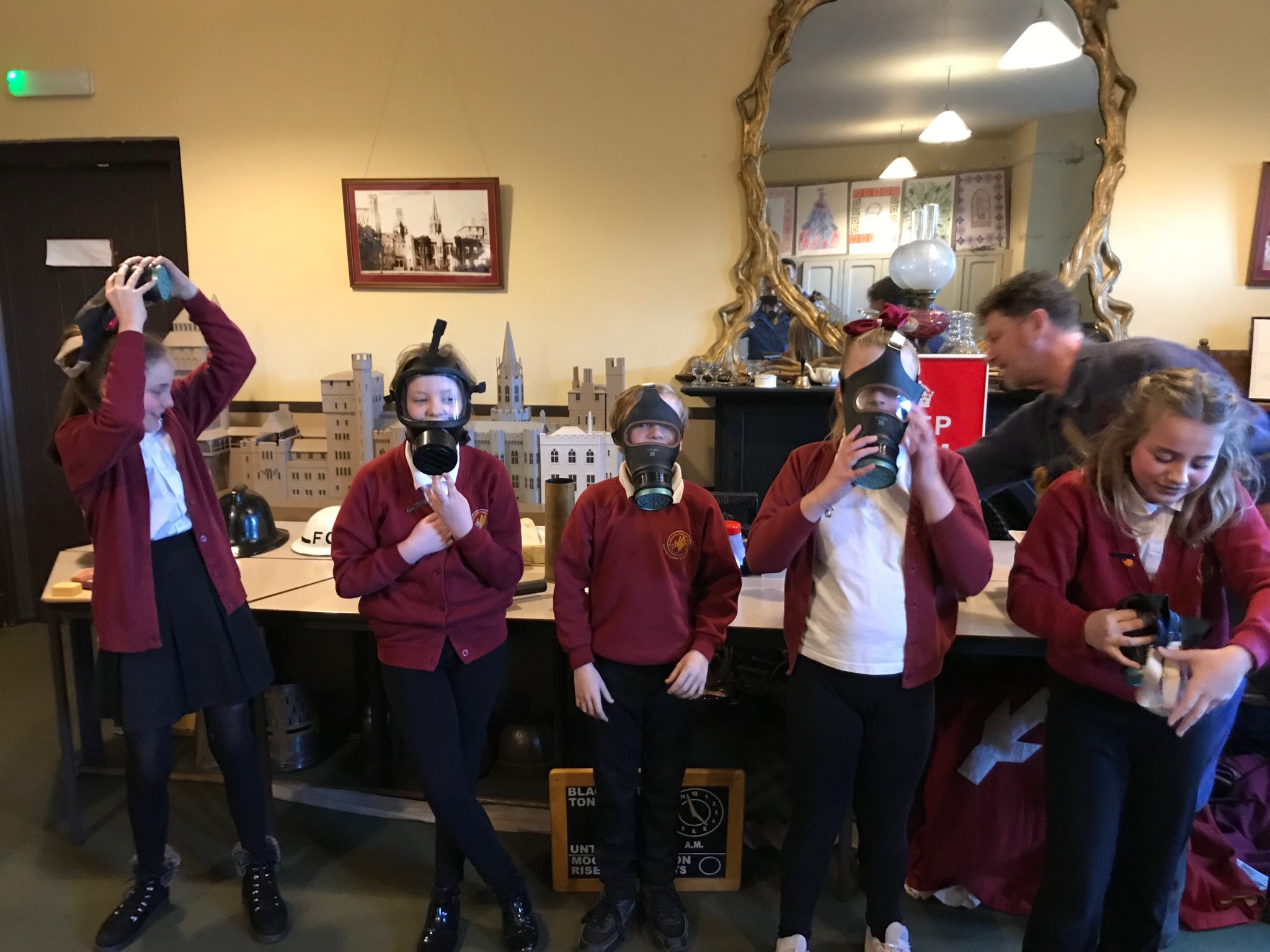 As part of our Spring term theme ‘Lifestyles of the 1940s and 1960s’, Year 6 had a fantastic day exploring the grounds and buildings of Cardiff Castle. The children were greeted by an ARP Warden (Air Raid Precaution Warden) and took part in a fascinating workshop. We learnt about his role during the war and what it would have been like during the many air raids people in Wales and all over Britain encountered. We learnt about the different types of bombs that were used, the different types of air raid shelters, how to use a gas mask and we even tried out a war-time fire extinguisher! It was hard work pumping the water through the hose! Throughout the day we reflected on the impact that the bombings had on the people and communities of Wales and how it affected their daily lives. We learnt of the incredibly important role of women during the war and how that changed attitudes and shaped the future. We ventured into the tunnels within the castle walls, which were used as air raid shelters by the people of Cardiff and could hold up to 1600 people! Within the walls, Neville Chamberlain’s declaration of war speech was played, we heard an air raid siren sound the alarm, then came the sounds of aeroplanes and bombs falling! During the ‘air raid’ we listened to Vera Lynn’s ‘We’ll meet again’. Later, we joined together to learn and sing a variety of war times songs and considered how they would lift people’s spirits during those difficult times. We can’t wait to return to our themed lessons, to reflect on what we have learnt on our visit and continue to investigate lifestyles during World War 2!