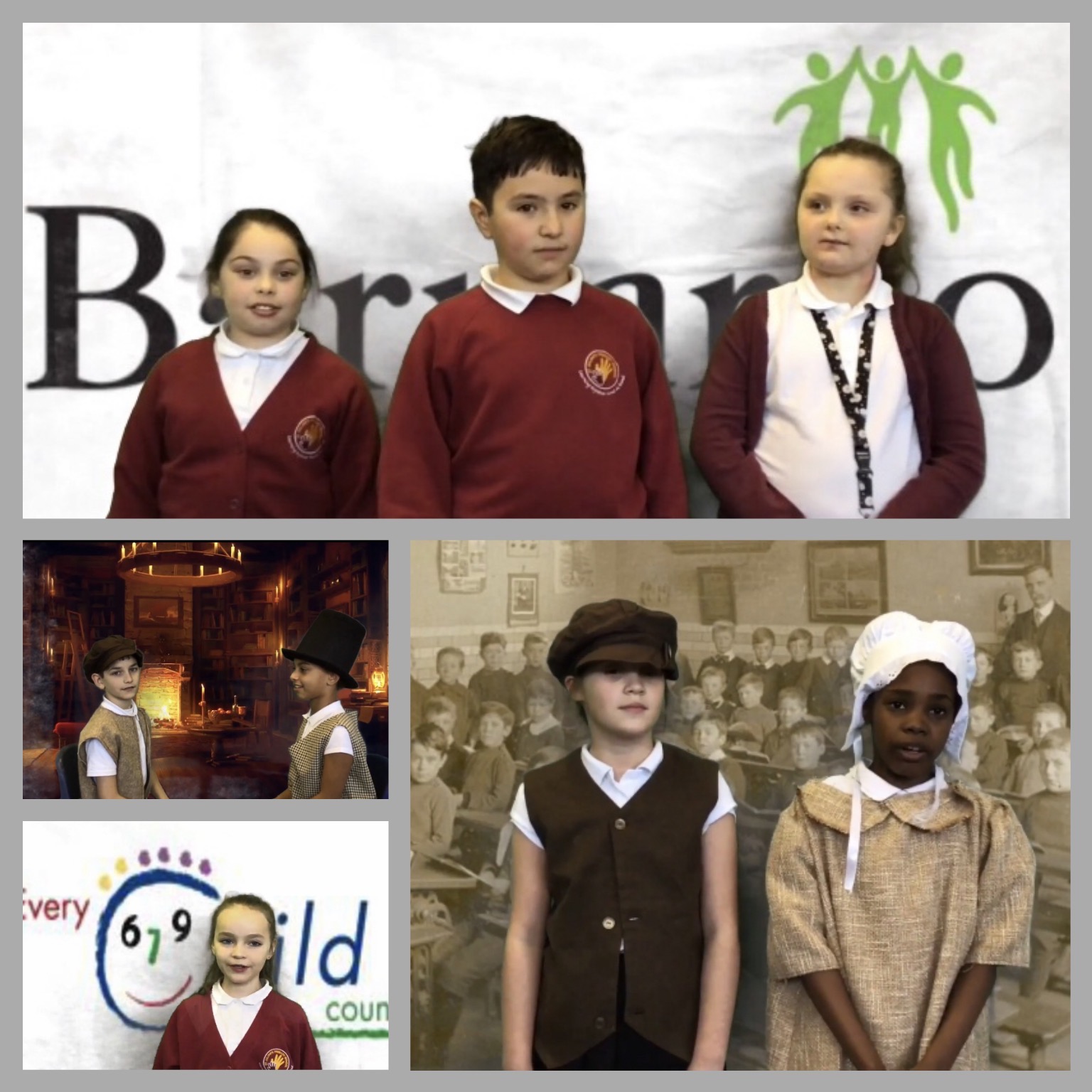 Should the Welsh Government allow dragons to reside in our local area? This was a ‘hot topic’ for debate which inspired children to write balanced arguments in one of their weekly Teaching Live sessions with the author and educator, Pie Corbett. Although there may be a few negatives, children were quick to imaginatively think of the positives too; many had an environmental focus. Suggestions included deploying fire breathing dragons to provide a more eco friendly form of heating, along with utilising their naturally voracious appetites to solve the street litter problem! The impact of these sessions has been far reaching. Teachers have noticed children’s confidence, English skills and enjoyment of writing increase, throughout the curriculum.

This half term, pupils continued studying the novel, Street Child which is set in the Victorian era and tells the story of the impoverished street urchin, Jim Jarvis. Tasks included using Canva to create WANTED posters to warn the public about Grimy Nick’s dastardly deeds in conjunction with his savage canine partner in crime, the aptly named, Snipe. Children were deeply moved when they discovered at the end of the novel that Jim was actually a real boy who had a profound effect on Dr. Thomas Barnardo. After Jim revealed that hundreds of boys in London were just like him, starving and sleeping rough on the streets, Dr. Barnardo was galvanised into action and formed the first ‘ragged school’ in 1867. This revelation inspired children to use iMovie or Adobe Spark to produce emotive Barnado’s adverts. They used a variety of persuasive techniques to encourage people to donate money to this worthy charity.

While continuing to investigate The Vile Victorians, children were horrified to discover, through their research, some of the ‘cure-alls’ and treatments for a wide range of ailments and disorders. Let’s just say they were questionable at best and downright dangerous at worst! Anyone fancy an arsenic bath to improve their complexion? Not your cup of tea? Well maybe a digestion boosting, everlasting mercury pill would be more to your liking – very economical as it can be washed and reused! As you can imagine, children had great fun creating their own apothecary leaflets, detailing their powders, potions and plasters that filled their shelves – only stocking ‘the best’ and ‘the original’ ones, of course!

The concept of ‘old meets new’ led to children designing their own Davy safety lamps using a variety of design tools on Tinkercad. These lamps were used to alert coal miners of the presence of flammable gases. They had to learn how to place, adjust and combine 3D shapes to bring their designs to life.

This year’s Children in Need focused on boosting children’s physical and mental well being through Five to Thrive activities. As well as completing Joe Wicks’ ‘Be Active’ moves on the yard, Year 5 decided to have a go at the ‘Be Curious’ challenge and try something new outdoors. Noticing skills were honed, in order to locate, then photograph autumnal flora and fauna. Overjoyed by discovering a range of invertebrates and fungi, they excitedly experimented with the editing tools on Pixlr to create contemporary takes on their favourite Autumn snaps.

A definite highlight this half term was visiting Glyn Anwen. It was so heartwarming to see the faces of children and residents alike light up as Year 5 stood outside and sang, Santa Claus is Coming to Town. As we returned to our classrooms, it was touching to hear them discussing how they were so glad they could make the residents smile and recognising what a particularly difficult year it had been for them.

Each Year 5 class has been working on their own song for Christmas and these will shortly be shared on Class Dojo. We all wish you a peaceful Christmas and a happy and healthy New Year.