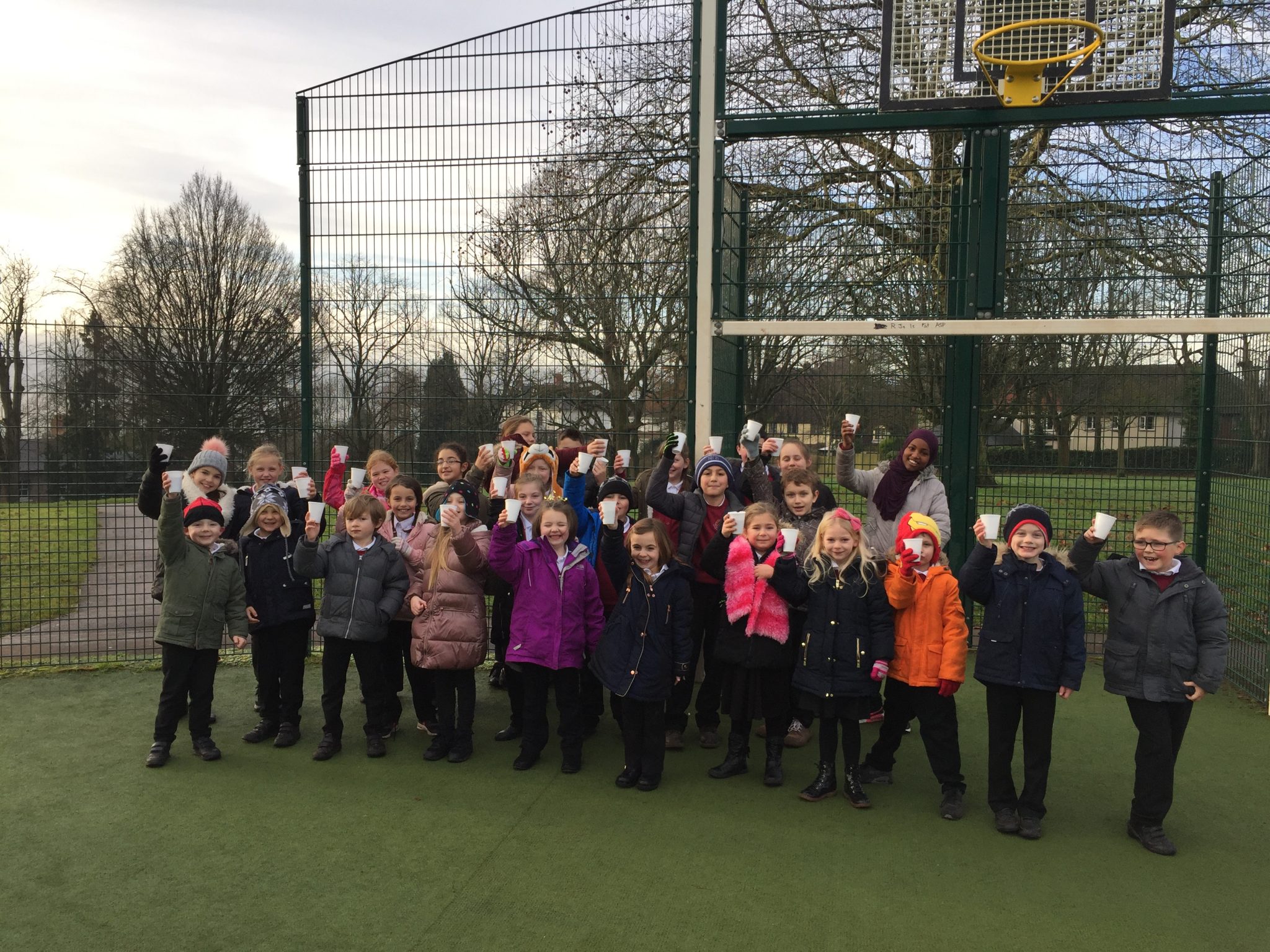 Everyone has been working so hard to collect DOJO points and looking forward to spending them at the DOJO shop. VOICE club have been busy handing out DOJO medals, early lunch passes, hot chocolate with Mr Rees and many more exciting rewards. The most expensive reward is the ‘Mystery Trip’ and today the children who chose this reward went on a trip to Beechwood Park. It was lovely to see Foundation Phase and Key Stage Two pupils mixing so well.

When we arrived at the park, some with very tired legs, we made our way to the playing area. Some children played football and some wanted to play in the park. It was then time for a game which Mrs Orford learnt when she was in Brownies! We all stood in a circle and it was a game of ‘nerves’ to see who could concentrate the longest and win. Congratulations to two Year 2 pupils who played so well.  After a few games, it was time for the hot chocolate with marshmallows. The children loved it so much, almost everyone came back for a refill! The hot chocolate gave everyone a burst of energy and after another quick football game it was time to walk back to school.

When Mrs Orford asked where they think the ‘Mystery Trip’ should be in the Spring Term, one response was Paris! I’m not sure we can stretch the DOJO rewards that far! VOICE club will re-open the DOJO shop in January, so keep collecting your DOJO points for more rewards.