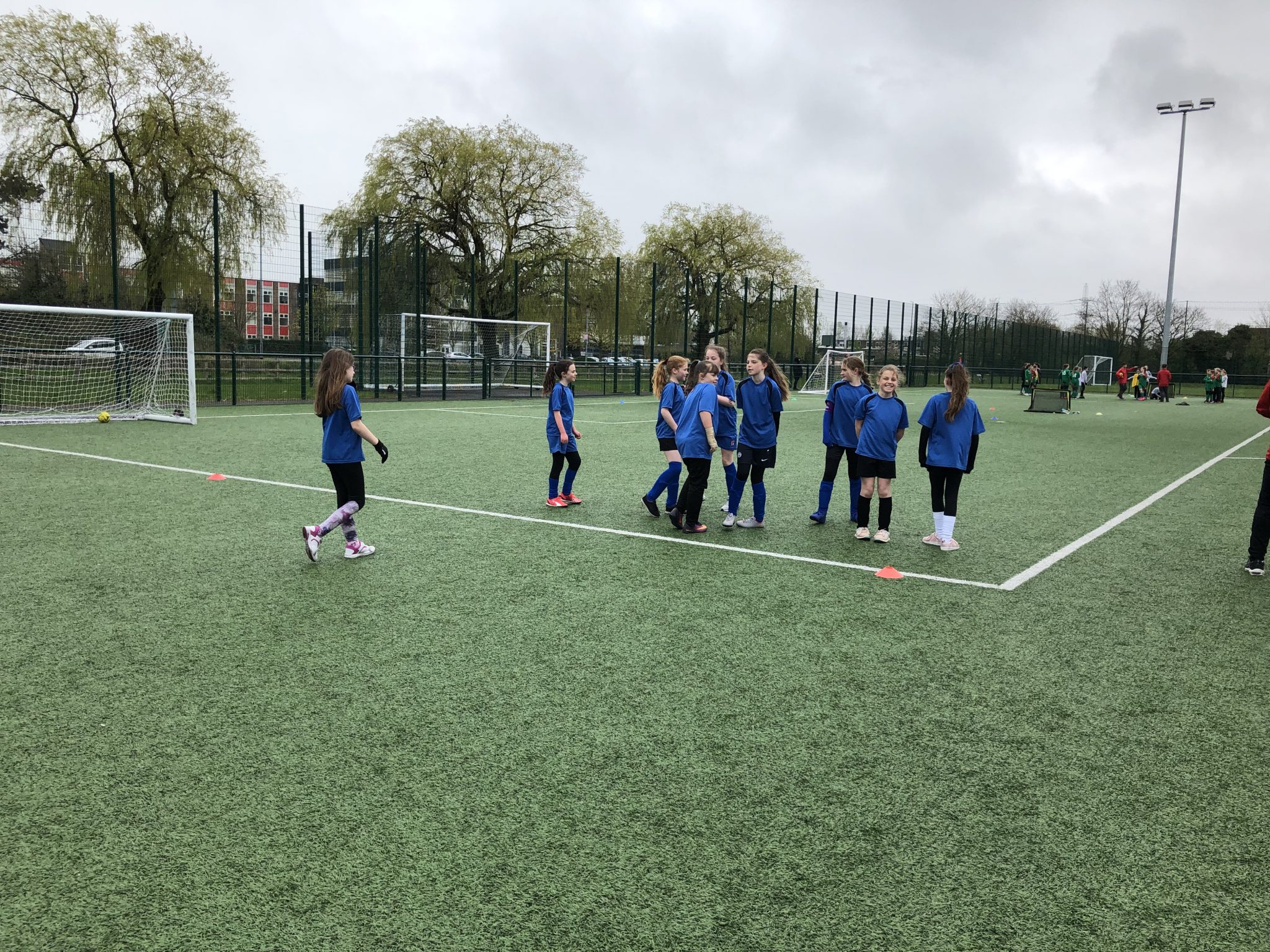 Today the girls’ football team participated in a friendly Football Festival hosted by County in the Community. It was a perfect celebration of girls football with teams from across Newport, despite the weather not being on our side from the outset.

The morning began with a welcome from Dan Harvey who then explained the agenda for the day. We began the morning with a number of activities and drills to develop our skills further. The activities were a 5-a-side game, shooting practice, dribbling and moving into a space.  It was great fun and we enjoyed meeting and playing with girls from different schools.

After a quick lunch break and some well-needed shelter from the rain, we were then challenged to use the skills we practised in the morning into game situations. Luckily, our girls’ football team have played a few friendlies this year and were familiar with their positions and some of their own tactics they have developed. We were excited to get started and play some matches, even if they were only “friendlies”!

First, we played Jubilee Park Primary. The girls were very well organised and were strong in defence. Despite this, we finished the game, winning 4-0. Next, we played Ysgol Gymraeg Casnewydd, a team which we were familiar with. We had some tricky moments and stood strong against them eventually winning 4-0. The next game was our toughest yet, Rogerstone. We were on a winning streak and were determined to keep this up. Unfortunately, we went 1-0 down early on but had the resilience and teamwork to come back, winning the game 3-2. With our final game looming against Milton Primary, our confidence was high and the girls were determined to keep their unbeaten streak. Another fantastic performance against a strong side, winning 3-1.

An incredible performance by all the girls who took part, in testing conditions. Miss Shepherd was incredibly proud and very impressed by the teamwork, commitment and determination shown, with many teachers praising the way our team played. It was fantastic to see so many school’s girls football teams with impressive skills and sportsmanship on display, with the opportunity to play competitive games in a friendly and supportive environment.