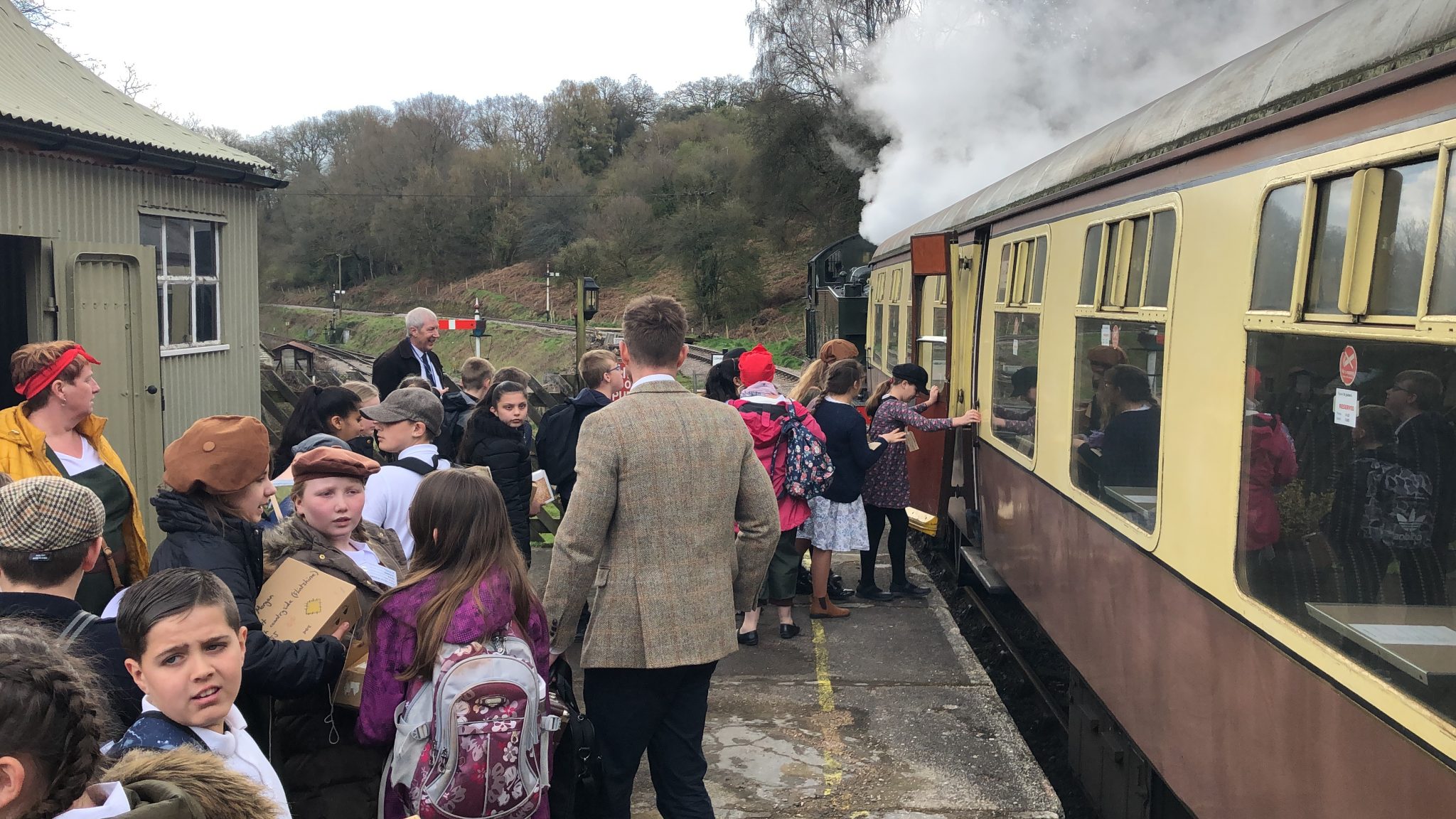 It’s September 1939 and Britain has declared war on Germany following the invasion of Poland. The British government has commenced ‘Operation Pied Piper’ announcing that children must be moved away from towns and cities in danger from enemy bombers, to places of safety in the countryside. Many school children said goodbye to their parents as they boarded steam trains to be evacuated to safety.

Today, our year six pupils experienced what that would have felt like. They arrived at school with their suitcases, a small packed lunch and their gas masks and were taken to Norchard Railway Station, escorted by their teachers. They boarded the train ready to start their new lives away from Newport.

There were tears of sadness as the pupils boarded the trains not knowing when they would return or even if they would see their families again. Mrs Hollings gave very strict instructions for the children to follow and told them under no circumstances were they to write letters back to their parents asking if they could return to the city. Mr Jones and Mr Frost looked nervous as they watched trains of troops travelling in the opposite direction, worried that they too would be called to the front line to serve.

As the steam train finally arrived at the countryside station, pupils were met by a strangely familiar Billeting officer, who gave them some information about the area and told them what they could expect from their new families who they would be living with. The children waited anxiously to see if they would be collected…