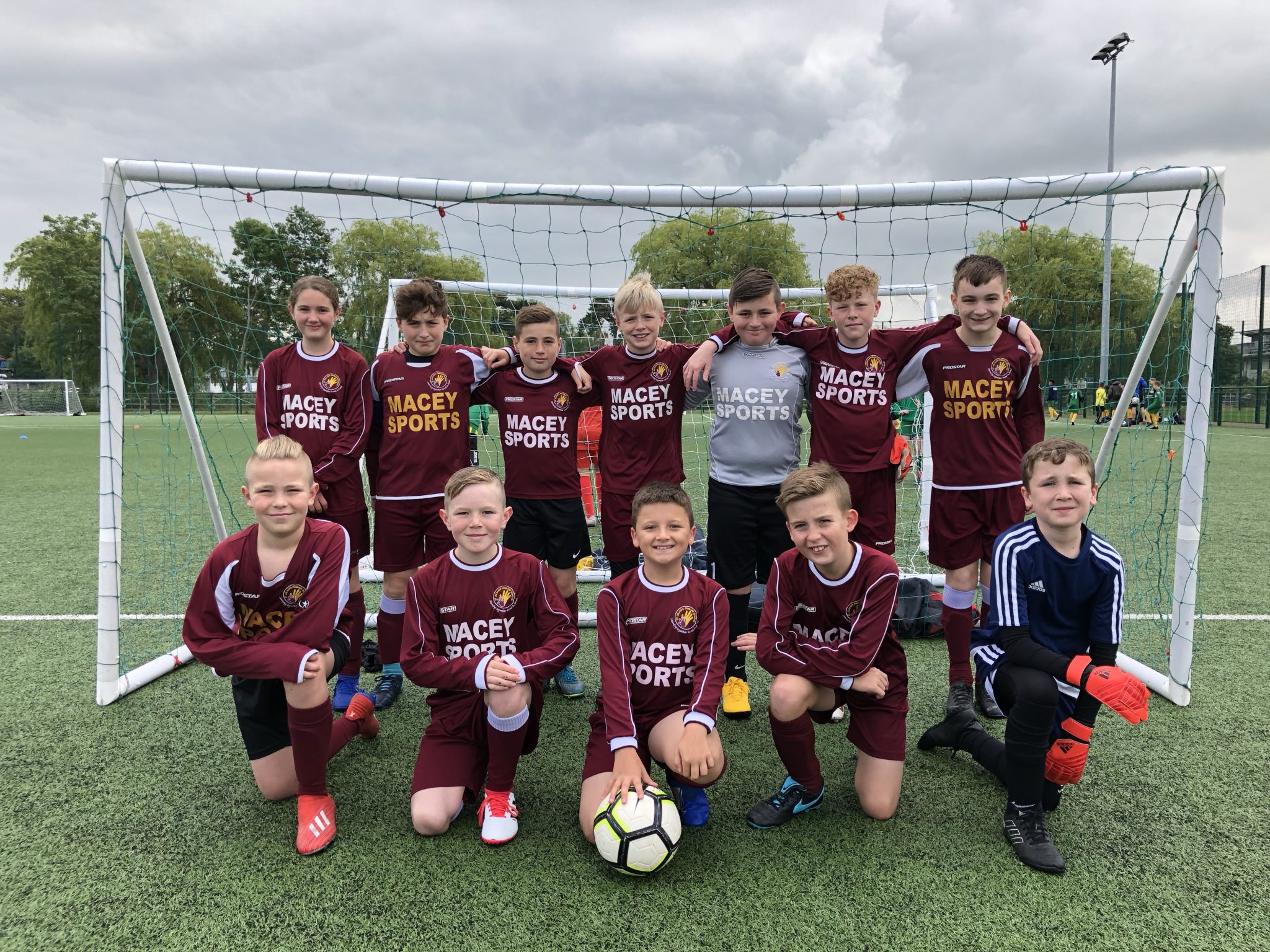 As another school year draws to a close, we reflect on what has been another successful Newport Primary Schools’ Football League. This season has seen a number of new schools join the league, going from 17 schools last season to 28 this season. Boys and girls have been participating in regular fixtures with schools from across Newport which has been a pleasure to see.

Those children who are currently in Year 6 have also been given the opportunity to create new friendships with children from other schools making their transition to the secondary school that little bit easier for them.

Despite the weather being against us for much of the season, the majority of schools managed to fulfil their fixtures and went in to the ‘End of Season Tournament’ with a great chance of winning.

St Julian’s started this season with high levels of confidence after being crowned East league winners and the overall league winners last season. The team’s success continued as they got off to a tremendous start winning 5 games in a row. However, the team met their match when they came up against a very talented Lliswerry team and the match finished with a draw. Determined to improve, the team then went on to win another 3 matches against Glan Usk, Langstone and St Andrew’s. Unfortunately, it wasn’t to be a perfect end to another season when St Julian’s just lost out to Maindee in one of the final matches of the season.

The team quickly bounced back once all results of their league came in and they realised that they had won the East league for another consecutive year with an impressive 22 points.

With hopes high and the team feeling confident they went into the ‘End of Season Tournament’ optimistic and excited. With a great turn out of 18 of the 28 schools, the day was set to be a success.

The tournament is an opportunity for schools to play teams from the opposing league; those they wouldn’t have otherwise played.

With a new trophy up for grabs for the overall winning school on the day, children from all schools were eager to start the day.

St Julian’s first fixture was against a strong St David’s team who came out attacking immediately. Despite their best efforts, St David’s found themselves 1-0 down after a string of passes from Charlie, Jay and Mia found their way into the path of Lewis who found the back of the net. The team’s determination quickly became evident when they scored again shortly after. The first game finished 3-0 to St Julian’s.

The team’s success continued in the group stages where they went on to win 2 of their remaining 3 matches, clinching victories over Eveswell and Mount Pleasant. They drew 1-1 to Rogerstone, but their prior wins had secured their place in the semi-finals for the days competition.

As they had won the East league, this meant they would play the West league winners in a final to determine the overall league winners. St Julian’s were to play a very talented Pentrepoeth team and the final was set to be a very entertaining match. Both teams gave it their all and every player should feel very proud of the performance they gave in that match. Unfortunately, St Julian’s lost 1-0 to a very worthy team meaning that Pentrepoeth were crowned the overall league winners for this season.

Having played a number of matches, the team were tired going into the semi-finals and came up against a strong Maindee team. Determined not to let Maindee beat them again, the team played their socks off giving it everything they had. Despite their efforts it just wasn’t to be today. Maindee went on to win 2-0 and later that day claimed victory over Alway, seeing them crowned overall winners of the day.  Well done Maindee!

Although this season has now come to an end, the team are already talking about the next one and how they can’t wait for the league to start again. I am extremely proud of each and every single child who has come to football training week in and week out and who have represented the school brilliantly.

It will be sad to see such talented Year 6 children leave as they move up to the comprehensive school, but exciting times await as we have some budding footballers making their way up through the school.

I’d like to thank all the children and parents for their continued support with the league and I hope to see you cheering us on from the sideline next season!