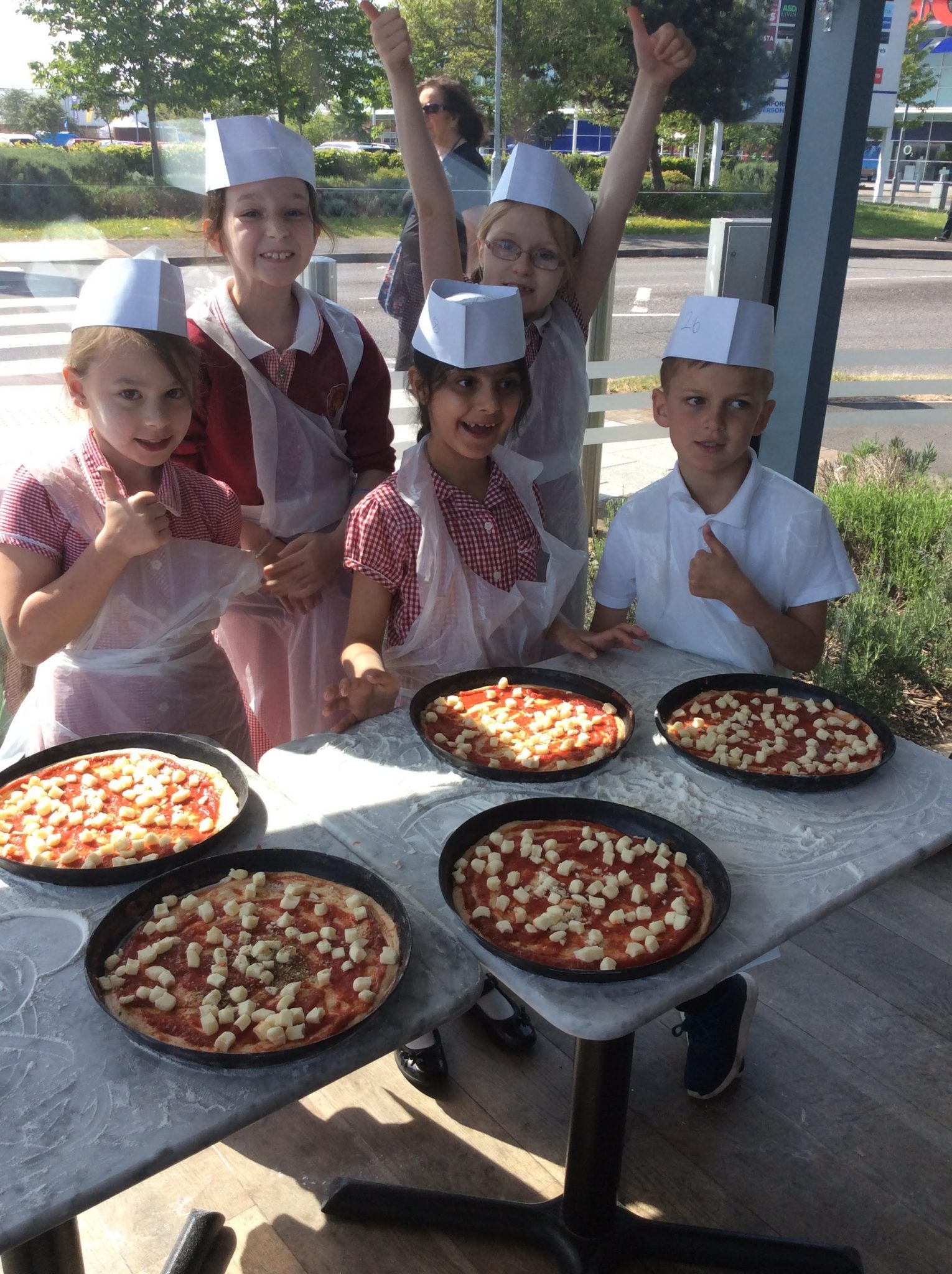 This morning we visited Pizza Express and made our very own margherita pizzas.  When we arrived at Pizza Express the tables were set up with aprons and hats for us to wear. The first thing we had to do was wash our hands, then we put on our aprons and hats.  There was flour already on the tables and we were all given a piece of dough. We were shown how to stretch and shape the dough into a circle. This is where it got a little bit messy and the flour started going everywhere! We had to stretch the dough until it was big enough to fit into the pizza trays.

Once the dough was in the trays, we added the sauce and the mozzarella.  The children loved adding the ingredients to their pizzas and listening to the chef telling them pizza facts.  The last ingredient was oregano and it was great to see the children’s faces when they smelt it! Some were happy to sprinkle it onto their pizzas, whilst others politely declined!  The children then gave their pizzas to the chef to cook. They couldn’t believe that they would only take 5 minutes to cook, but this was a long 5 minutes as they were so eager to see their final pizzas.

Whilst the pizzas were cooking, the children learnt about other ingredients which can be added to pizzas and could also taste some.  They had an opportunity to taste: red onions, tomatoes, peppers, olives and mushrooms. It was amazing to see how many children had a go at eating some of the ingredients! I think the olives were the least popular and there were some very funny faces when they were tried!

When it was time to leave, we were given the pizzas to take back to school.  When we arrived back to school, we all tried our pizzas and loved them. We would definitely recommend that another group goes on this trip next year.