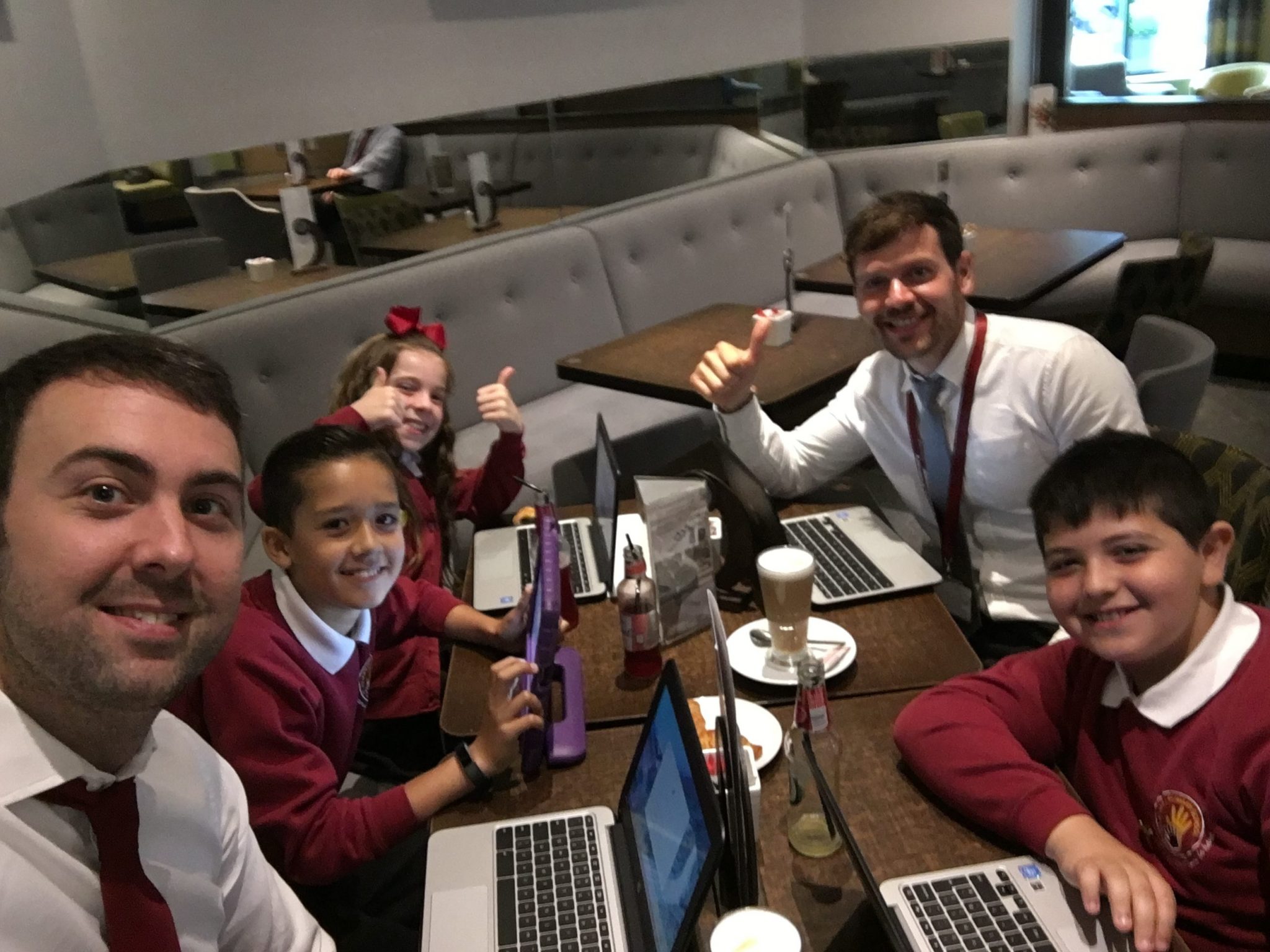 Following some of Mr Mansfield’s work with Welsh Government, he was asked to speak at a conference for Primary School Headteachers’ in Swansea to share some of the innovative ways we use technology at St. Julian’s Primary. As he often does, Mr Mansfield took some of our fabulous pupils along with him to present (people often prefer to listen to the children more than him!)  The conference was held at the 4* Vale Resort in Hensol. Mr Mansfield, Mr Wright and the three pupils spent the morning working on their presentation over some fruit juice and pastries and then the children also talking him into buying them lunch too!

After lunch, we were escorted up to the conference room where we were greeted by a number of Swansea headteachers. We quickly set up our Chromebooks and then got on with our presentation. Mr Mansfield started off by talking about the new Digital Competence Framework for Wales. Then he set the pupils a challenge to create a tourist guide for Cardiff Bay using whatever platform they wanted to. We planned it collaboratively using Mind Mups (an online mind-mapping tool) and the headteachers told them what they’d want to appear in the guide. Two children made presentations (one using Prezi, one Google Slides). Another pupil used iMove to make a video guide and Mr Wright made a good old-fashioned leaflet! All the pupils talked about the pros and cons of what they had made and the tools they had used. They also demonstrated some of the apps and websites that we use regularly at St. Julian’s Primary.

There was just enough time for a question and answer session – during which the Swansea Headteachers thanked us and said how impressed they were with our skills. We have been invited back to speak at training sessions for three of the schools.

You can view our Vlog about the day here…