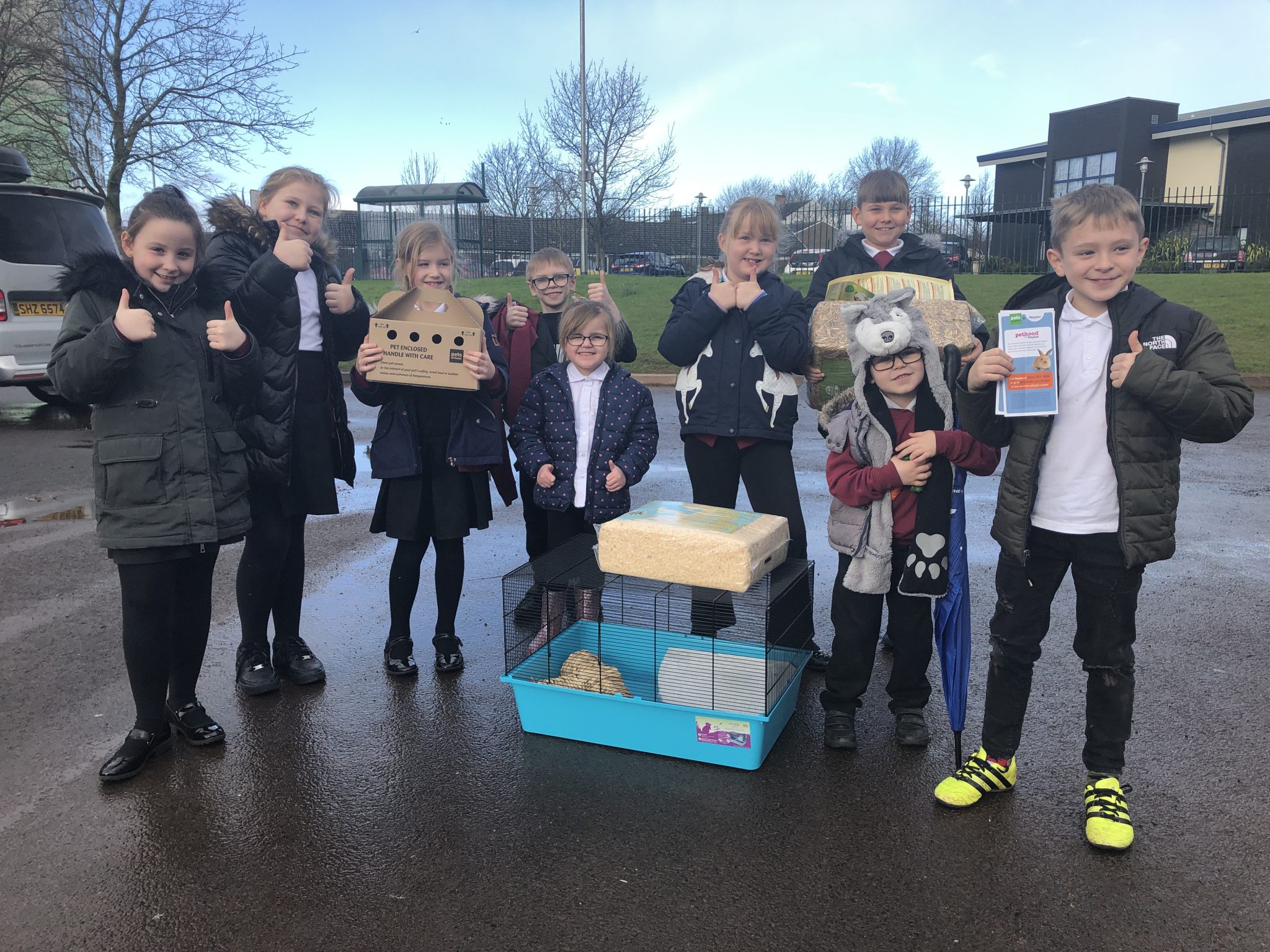 So… after a whole lot of pressure from the pupils (and many of the teachers!), I finally caved in and agreed to get a school pet. In fairness, the children gave some really good reasons as to why a school pet would be a good idea. Some said that it would help teach children about responsibilities, having to take care of the animal. Some said that a pet would help their reading to improve because they could sit and read to it. Some said it would just make people feel happy.

We agreed to pull a small group of children together to travel to a pet shop to select a pet. When we arrived at the store, the children struggled to decide what they wanted… they wanted to bring everything back to school!

Beth, the Assistant Store Manager, was great at answering the children’s questions about each of the animals. We finally decided that a rabbit or a guinea pig would be a good choice. She let us hold a few to see which we preferred. It was a real split between the group; some wanted a very cute grey and white rabbit, the others liked the guinea pigs. They especially found it funny when one of the guinea pigs kept trying to hide in their coat sleeves.

Eventually, we made the decision to get a guinea pig… but Beth told us they liked living in pairs, so they didn’t get lonely. We ended up coming away with two guinea pigs. The children chose a little grey guinea pig and a little brown and white guinea pig. They were brothers that were only eight weeks old.

We chose a suitable cage, some food and some bedding before heading back to school to tell everyone the news.

The children were so excited to meet their new pets. We’ll keep you posted on how they settle in! Each class will get to have regular time with the guinea pigs and will take it in turns to clean them and feed them.

We’ll have a competition over half-term to see what we should name them. One of the children said at lunchtime “maybe we could call them Rees and Orford!”

Enjoy the highlights from our trip.