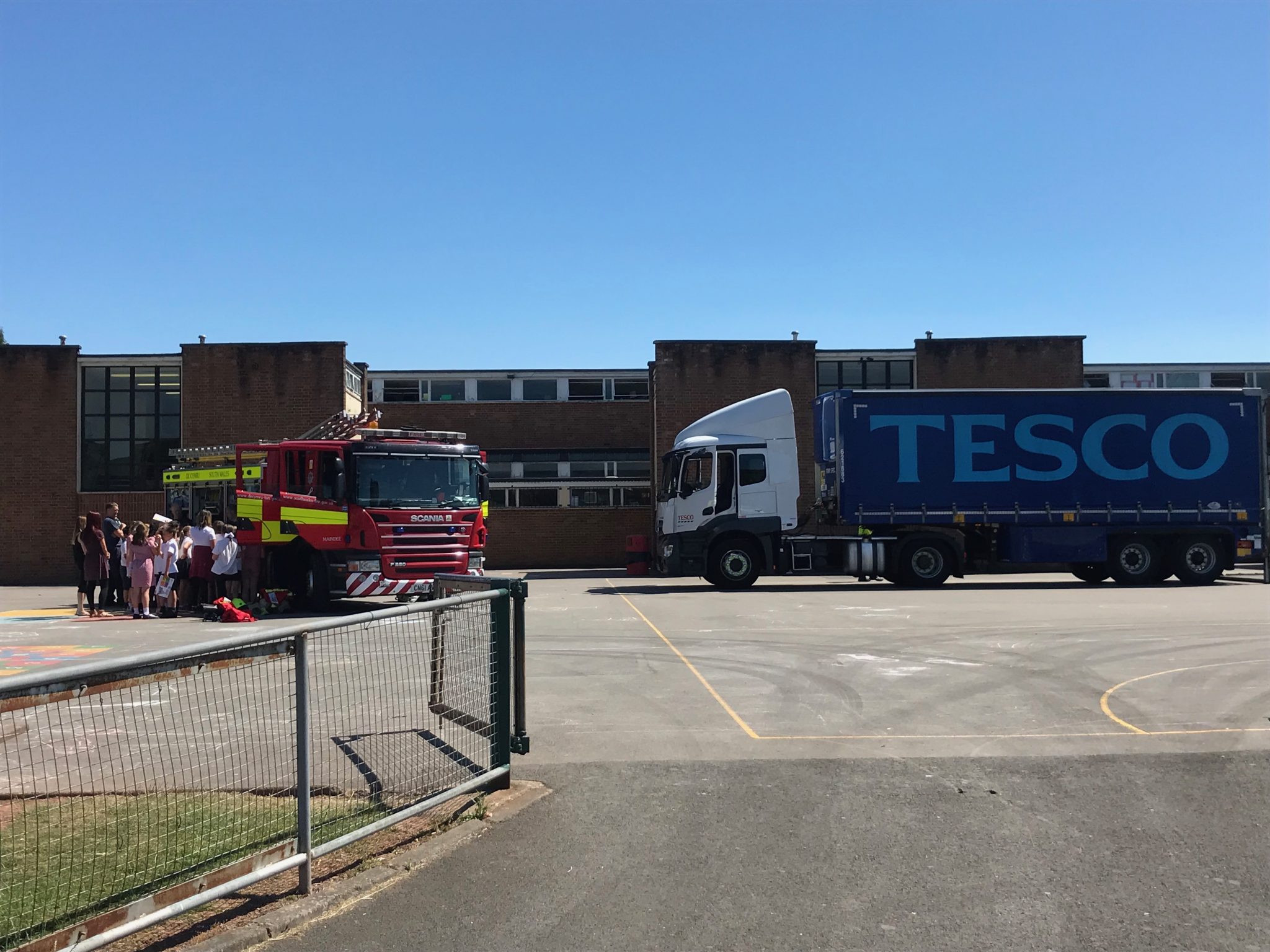 This afternoon our Year 5 pupils were very lucky to have 6 visitors come in to school to discuss their careers. We invited a selection of visitors with a variety of careers so that the children could understand what these people do. Children are often asked to consider what they’d like to do when they are older and usually make their decisions based on what they have seen on television and parental influences. Children often don’t realise the roles and responsibilities that comes with jobs. We thought what better opportunity than to ask people of our local community to come in and talk to the children about what they do.

Mr Hard who works for the RAF. He discussed things such as the different roles the RAF offer and clothing that they wear when touring other countries.

Mr Bellamy who is a lecturer at Newport University and works in the Computer Science and Forensic department demonstrated how technology has developed over the years and how we can stay safe online.

Mr Jenkins, an ex-community support Police officer, spoke to the children about a police officers daily routines and procedures that they must follow.

Mrs Wigmore, an NHS Nurse, discussed staffing structure and the different responsibilities nurses have when on shift. She even helped the children bandage each other in case of an emergency.

Malpas Fire Service demonstrated how to quickly and safely get the equipment off the fire engine for different situations they attend. They also demonstrated how to use the different equipment in an emergency situation. The first groups session was even cut short when a 999 call came in and they had to quickly leave to attend a fire. The children found this very exciting.

Finally Mr Hollings, a Tesco employee, demonstrated how the delivery lorries operate and the weight capacities they can hold. The children had lots of fun sitting in the ‘cab’ and beeping the horn. The smiles on the children’s faces as they went up and down on the lift at the back on the lorry was certainly a highlight of the day.

The classes were split into six groups and rotated around the workshops throughout the afternoon. Before starting, we asked the children to consider what they thought they would like to do when they were older. It was interesting to hear the variety of jobs and professions. This certainly demonstrated that we have some very ambitious and capable learners here at St Julian’s. It was very interesting asking the children once they moved between workshops if they had changed their mind or would like to do the job they had just learnt about. There was certainly a lot of ‘I didn’t realise that…’ and ‘I’d love to do that…’ throughout the afternoon. Our visitors also commented on the excellent questions the children were asking and were impressed that they were carefully considering what they were being told.

The children have learnt so much about the different jobs they could potentially do when they leave school. We certainly look forward to seeing what our Year 5 children decide to do in the future and hope to see them back in school one day talking to children about their jobs and careers.

A huge thank you to all of the wonderful people who came in to talk about their jobs! We are so grateful that you (and your companies!) were willing to come in to help our children become ambitious and begin to think about their futures.