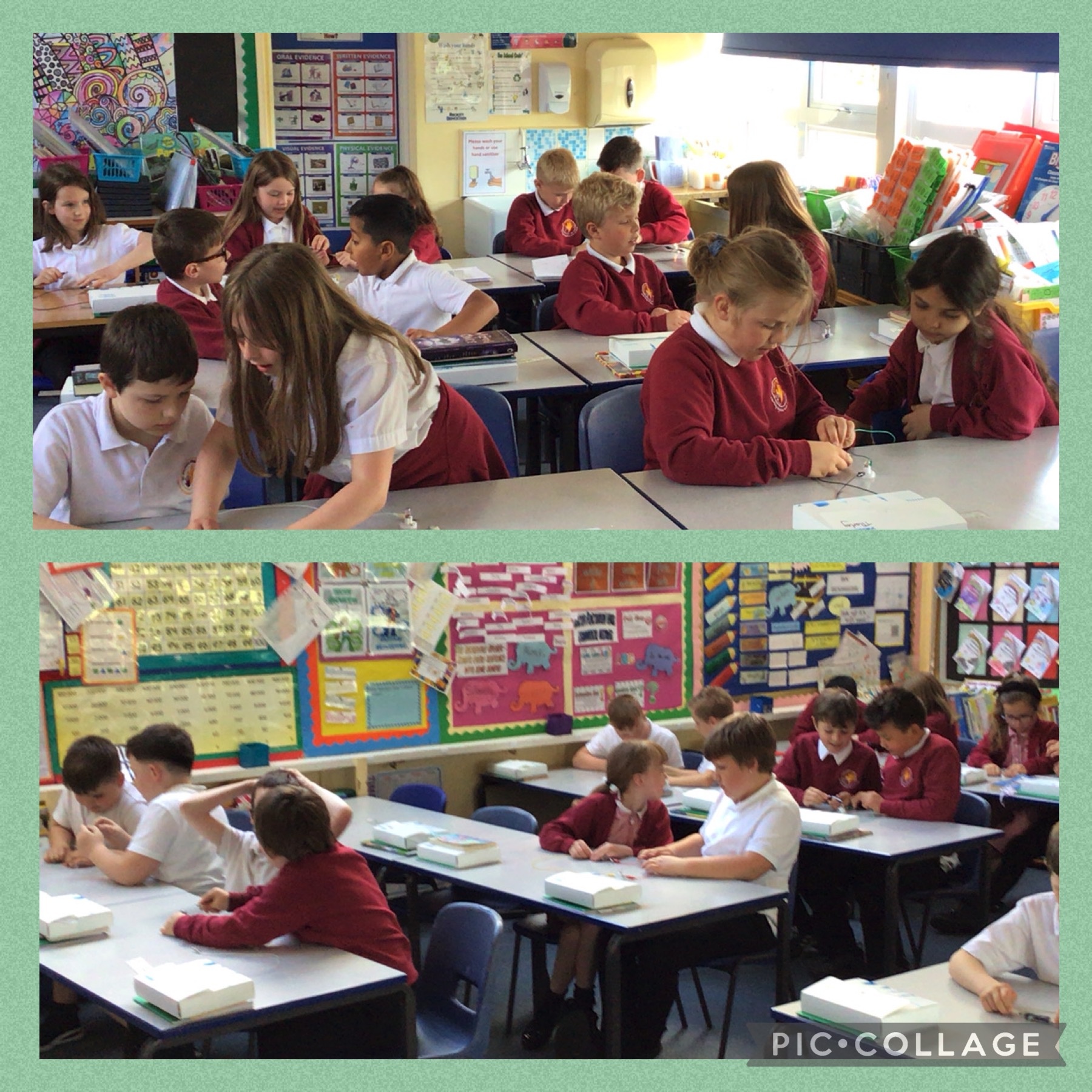 Year 4 has had a very busy half term. Our topic ‘Surf’s Up’ has included lots of fun activities such as creating wave art with chalks and pastels, using iPads to design beach themed word clouds, using Google Earth to explore the Welsh coastline and even creating a marine themed dance.

During our topic the children enjoyed being ‘shoreline detectives’ and produced excellent reports about British marine life. They became accomplished authors and editors, producing a narrative to accompany the wordless book ‘Flotsam’.

We developed our mapping skills, using Atlases to locate different places on the Welsh coastline such as Tenby, Aberystwyth and Porthcawl.

We learnt about the impact of litter found on our beaches and created infographics to urge people not to drop litter.

We enjoyed a Live Skype call from the Marine Conservation Society. Mr. Naulls was very impressed with the questions he was asked during our Q and A session.

This term we have also become internet legends by thinking about our wellbeing online and joining an interactive assembly alongside schools from all over the UK, with the Google Be Internet Legends Team. We even got to construct our own Legend trophy at home!

We developed our musical skills in glockenspiel sessions with Mr Banks and learned to play Jazz and Carribean Calypso music.

We enjoyed a live assembly with Sian from Welsh Water who taught us all about the water cycle, how our water reaches our taps, and what we can do to help save water.

Our new Science topic is ‘Excellent Electricity’ and we had so much fun exploring and learning around this theme. We learnt what electricity was, where it comes from and how to stay safe when using it. We even thought about what life would be like without it!!! We made our own circuits using a range of components and predicted which circuits would work, explaining why. We can’t wait to explore further in the next half term.

In Maths we have been working hard on a range of skills. These include, written methods for addition and subtraction, multiplication, halving and doubling and working to gain our times tables bands. At the end of the term we developed our ability to work with measures. We estimated and measured accurately in milliletres and then used these new skills to make our own magic potions, containing the correct amount of liquid.

What a fun filled half term!