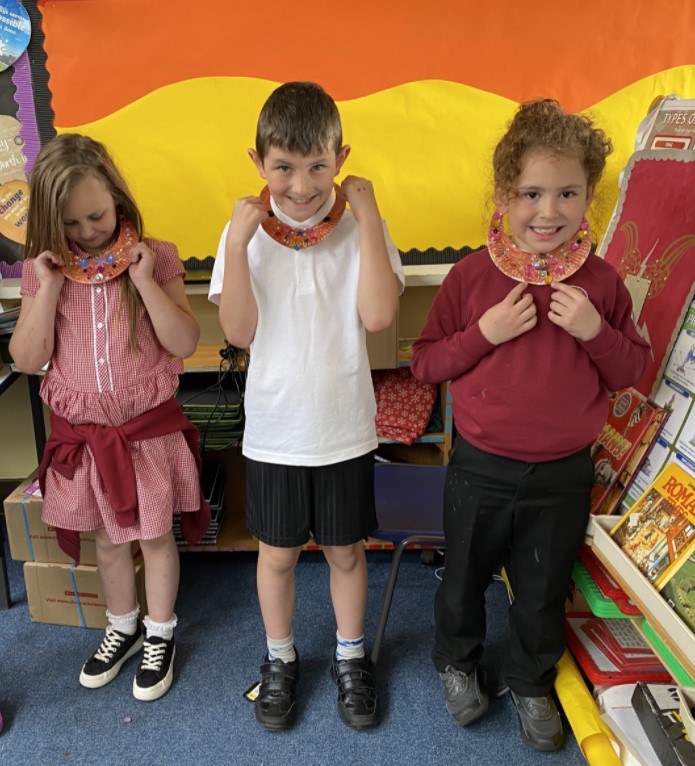 During this last half term, the children in Year 3 have been learning all about Ancient Egypt through our theme of Tomb Raiders. We started by finding out where Egypt is located and by considering the importance of the River Nile today and in the past. The children were amazed to discover that the Ancient Egyptians believed in more than 2000 gods and goddesses. Another awesome discovery was the fact that important people such as the Kings/Pharaohs, were mummified after they died. They believed that this would preserve the body, ensuring they would carry on into the afterlife. It was surprising to find out that the whole mummification process took 70 days!
With many assorted teddies and dolls, we followed instructions and trained to be embalmers in our classrooms. Fortunately, we were a little quicker at it than the Ancient Egyptians and finished our mummification in a little less than an hour! Fortunately, after the removal of the bandages, all toys were able to return to their homes after the mummification process!
The discovery of Tutankhamun’s tomb by Howard Carter was really exciting. After watching a thrilling video, some superb poems and exciting stories were written.

Despite some rather miserable weather we have made the most of the opportunity to take part in the Daily Mile challenge and have now ” visited” several destinations including France, Italy and Egypt amongst others. It has been great fun to chat and share stories, as we have walked, jogged or skipped our way around the yard.

At the beginning of the half term, we welcomed into our classrooms some tiny caterpillar visitors. We have watched their development very closely and were thrilled to see butterflies emerging, just in time to release them on the very last day of the half term. Fortunately, the sun was shining and we were able to watch them flutter off – after spending a little time on hands and arms as they became used to their newfound freedom.