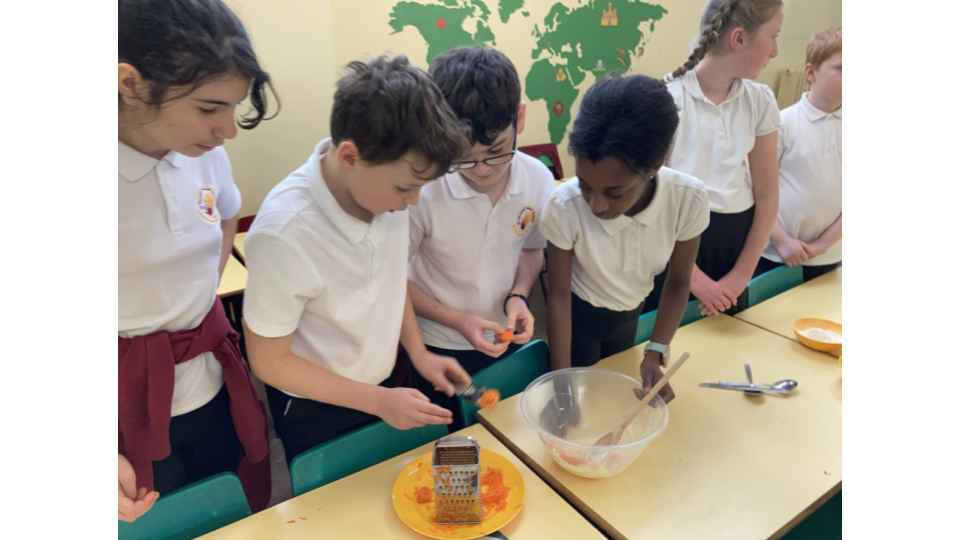 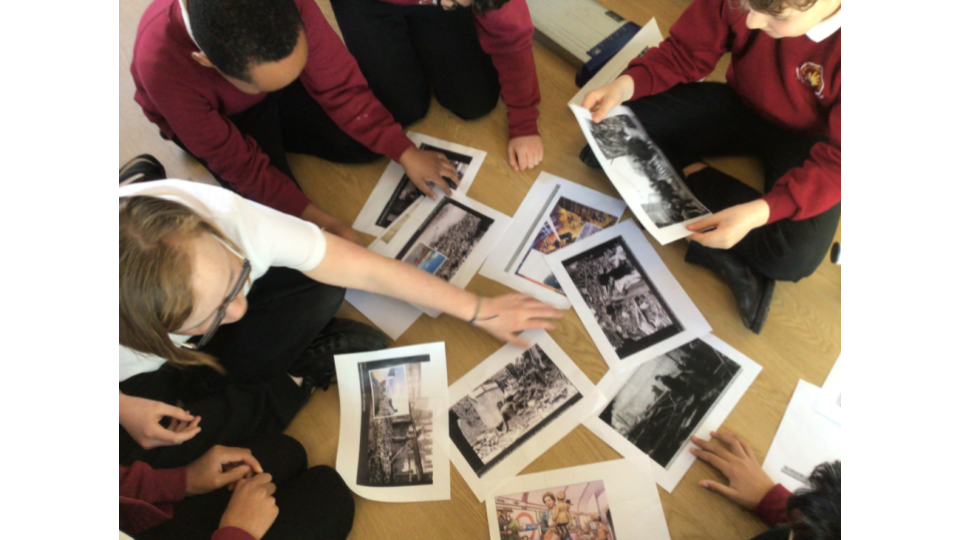 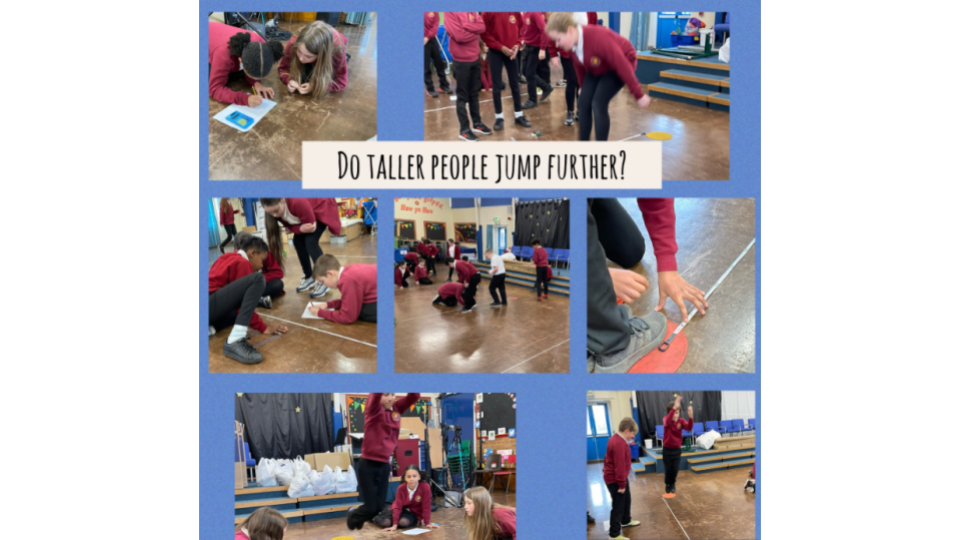 Year 6 pupils have really enjoyed finding out about what it was like to live in Wales during World War Two and how everyone helped in the ‘war effort’ in one way or another.

At the start of term, Year 6 had a shock when an air raid siren wailed and a strangely familiar ARP warden stormed into our classrooms. The ARP Warden was very convincing; we learned about her important role, why rationing and blackouts were necessary, and how the war changed the world of work for women forever. Thankfully, it was only a false alarm, although it certainly was an experience that we don’t think they’ll forget any time soon!

We have been lucky enough to have the help of Mrs Dennis, who shared her fantastic culinary skills to run a cooking workshop for all classes. Children made ‘Carrot Cookies’ based on ingredients that would have been rationed during World War two. Lots of valuable skills were used, e.g weighing, measuring, ratio and of course, doing a taste test! Surprisingly they weren’t as tasteless as the children expected!

Unfortunately we weren’t able to go on our trip to Cardiff Castle this year, however we participated in a virtual workshop run by experienced staff in St Fagans. Children enjoyed watching short sketches on life during the ‘Homefront’. Everyone was given the opportunity to share what they had learnt so far in school about evacuation, propaganda, rationing, womens roles and what life was like for children during World War 2. The lady running the workshop was very impressed with how knowledgeable the children were and praised them on their research skills.

Running up to the end of term all classes have put in a tremendous effort to prepare for our yearly Eisteddfod, which will be held virtually after half term. All have worked hard on perfecting their handwriting skills and producing a still-life sketch of an evacuee’s suitcase. As well as that children have been brave enough to enter the singing, dancing and musical instrument competitions. We have some very talented children and future stars in the making. Maximum effort was put into writing their poems; ‘Wonderful Wales’, each hoping for a chance to be crowned ‘Chair of the Bard’ Good luck everyone!!

We would love as many children as possible to enter the D&T competition which involves designing and building a World War Two Air raid Shelter. Entries will need to be in school on the first day after half term. Just a helpful reminder, please put your ‘nom de plumes’, house and class clearly on your project so you can earn points for your house.

As part of STEM children took part in practical investigations involving ‘Training like a soldier’. They measured their heart rate after doing exercises such as star jumps, burpees and press ups and applied their Numeracy skills to calculate the average from a set of data. Following on from that we delved into studying the ‘Journey of a blood cell’ by programming Spheros.

To celebrate Safer Internet Day, we took part in a live Code Along with Barclays bank and created an informative quiz using Scratch. We learned how to use variables and conditionals. Lots of coding and problem solving was needed!

As always we would like to thank you for your continued support at home with all aspects of school life. We have lots of exciting things planned for after half term and will continue to post photographs and videos on Dojo so you can see for yourself and celebrate your child’s achievements!

Have a safe and happy half term.