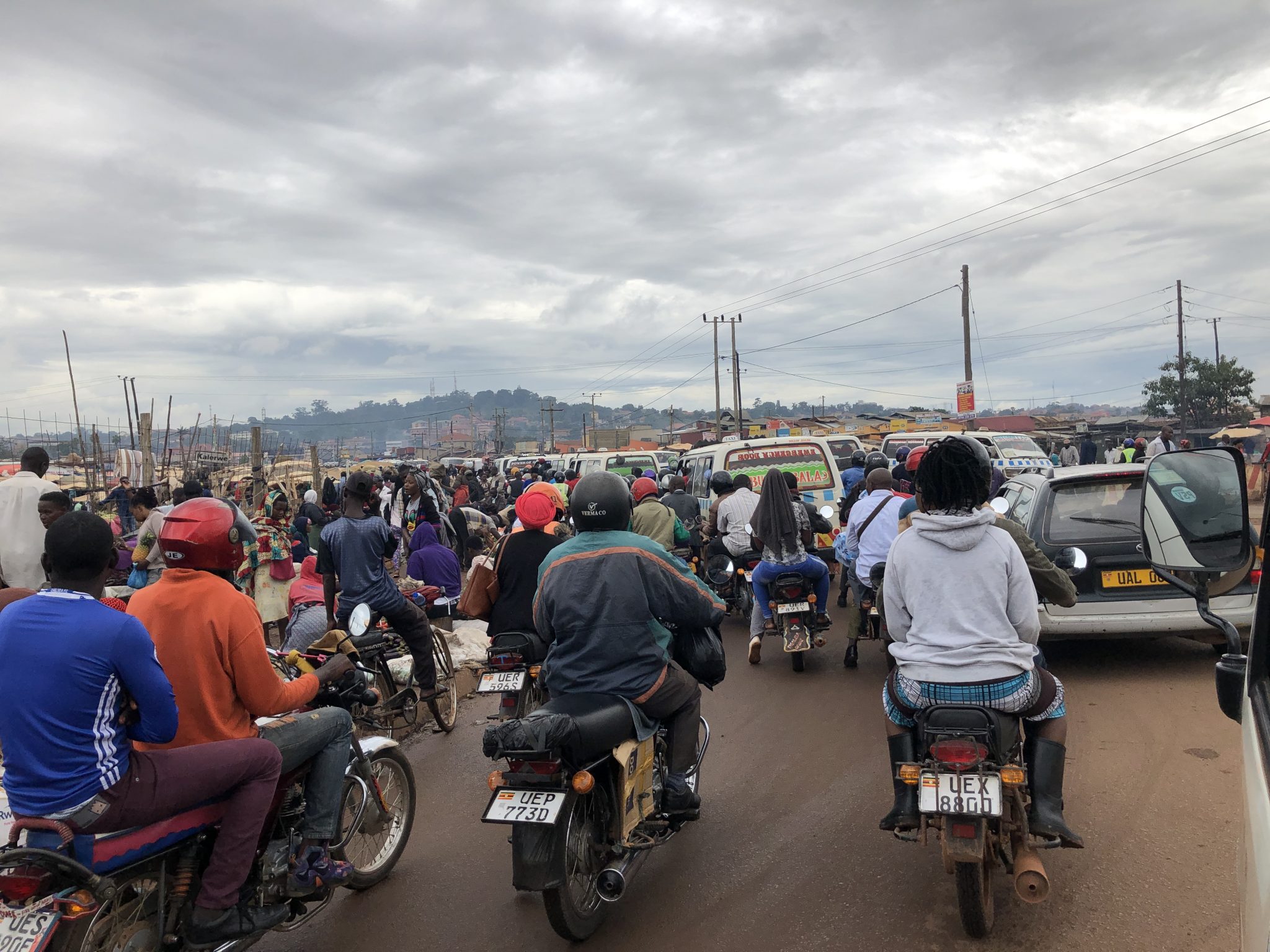 Entebbe to Kampala to Mbale

No sooner had our sleepy heads hit the pillows, the alarms woke us up at 6am the following morning. Mr Mansfield could be heard knocking and shouting an extra wake up call through the hallway, though he was very impressed that the girls were already up and ready for breakfast. Lawrence had laid out a fabulous spread of sweet or ‘salty’ bread for toast, some delicious watermelon, mango and passion fruit, cornflakes and omelettes. Mrs Lewis was delighted to find marmite on offer for her toast but Mr Rowlands had already brought a jar with him as he’d heard it was an excellent mosquito repellent!

As it was dark when we arrived last night, it was amazing to wake up and be able to actually see Uganda! It is currently rainy season so although it is warm (for us), the rain can be very heavy and it was certainly pouring while we ate our breakfast. However, it eased just in time for us to load the bus again. A big blue sheet of plastic was tied to the roof to keep the suitcases dry.

We said our goodbyes to John and his staff and set off for Kampala. Mr Walyaula had also taken a liking to Miss Butcher’s hat and decided to wear it… for the entire morning…

The roads are very different to the roads in Wales – traffic rules and safety are not as important so due to the roadworks, there were lorries, buses, cars, boda bodas and walkers all trying to cram into a track down the side of the main road.

Trying to guess what was inside the lorries (that have discos lights on the front) entertained us all for a while before our lack of sleep caught up with us and we took the chance to have a little nap! It wasn’t long until our blue tarpaulin had come undone, so we had to stop on the side of the road to make a few adjustments to it to prevent our suitcases from getting wet in the rain.

Security was incredibly tight entering the British Council building. It took nearly ten minutes to check each person into the building and they confiscated all of our mobile telephones and electronic devices before we were allowed to enter. To make matters worse, we all had to queue up outside in the rain as they would only let us come in one at a time.

We sat down to meet the staff at the British Council, who fund the ‘Connecting Classrooms’ project and allow these amazing connections with Ugandan schools to happen, and also some headteachers wanting to make links with other schools in the UK. We also finally had the chance to meet the headteachers of the schools with which we are partnered and it made everyone very excited indeed – there were lots of exuberant hand shakes and hugs! We stayed for a few hours, sharing ideas about Connecting Classrooms and how to build links between our schools before saying goodbye and continuing with our journey.

Next stop was a shop to change our UK sterling to Ugandan shillings, then on to buy a wifi dongle so we could video call pupils back at our own schools. There was a lot of hanging around and waiting for Mr Mansfield while he chatted to every member of staff in the shop, but totally worth it to Skype the children to tell them about our trip so far!

It was so lovely to see their excited little faces and answer some of their questions. We tried to show them some of the sights as we drove, such as goats, chickens and cows on the side of the road, the stalls selling weird and wonderful things and boda-bodas carrying furniture, and all we could hear was a chorus of ‘wows’ and excitable gasps!

After a quick lunch and as many calls as we could make before the end of the school day, we set off on our last section of today’s journey, a 6 hour journey to Mbale. Whenever the minibus would stop, lots of sellers rush over to the windows to try to sell people their goods through. There was a selection of sweet bananas, sodas and chicken gizzards (or some other unspecified meat) on a stick, being shoved through the window in the hope that we would buy them. Mrs Lewis was tempted but as we’d already eaten, we politely turned down the roadside treats.

The sun goes down earlier here, so we’re now travelling in the dark listening to the car honks and the cicadas. The road is getting bumpier so we’re hoping we’re nearly there!

Miss Butcher entertained the group for the final hour of the journey by creating a range of games including: ‘Guess the song I’m humming’ and the ‘Word association game’. Shafiq, our driver did a brilliant job of navigating the busy bumpy roads safely to get us to our destination.

Upon arrival to our accommodation, there was a bit of a problem. There were two blocks of rooms which were some distance apart from each other and the block we were supposed to be staying in had been overbooked, so they wanted to separate the group. Concerned for our safety, Mr Mansfield insisted that the group needed to stay in the same block together (as we had originally booked). After 30 minutes of negotiation, we managed to make it happen… for tonight at least. Mr Mansfield has a meeting tomorrow morning with the manager to negotiate the week’s stay. We’ll keep you posted!

We wish you all a very happy half-term and hope you’ll keep reading our updates even though you’re not in school!